“We humans are so careless. We only realise how beautiful life is when we chance upon death.”

One of the indisputably great filmmakers of the world, Japan’s Akira Kurosawa made 30 films during his career, spanning works by Dostoevsky and Shakespeare, as well as samurai films and modern-day detective picture. Inspired by Leo Tolstoy’s 1886 novella The Death of Ivan Ilyich, Ikiru (which translates to “To Live” in English) is an examination of the “life worth living.” As Mel Gibson once said, “Every man dies. Not every man really lives.”

Watanabe, the protagonist of the film, is the chief bureaucrat in the Public Affairs department of a large city. The narrator even tells the viewer that it would be “tiresome” to meet Watanabe now as “he’s simply passing time without actually living his life. In other words, he’s not really even alive.” One of his coworkers, Toyo tells a joke to the assembled department: “You’ve never had a day off, have you?” “No.” “Why? Are you indispensable?” “No. I don’t want them to find out they can do without me.” Watanabe finds the joke hits uncomfortably close to home.

The next day he goes to the doctor’s, as he has had some stomach pains and, although the doctors try to keep it from him, learns that he has stomach cancer and perhaps only a few months to live. In response, he runs from his responsibilities and spends his nights drinking. At a bar, he befriends a novelist, who tells him “it’s suicide to drink when you have stomach cancer” before realising perhaps that is Watanabe’s intent. The novelist takes him on an all-night bender as Watanabe tries to experience as much of life’s pleasures as he can, having missed them in his long career as a devoted civil servant. They go drinking, eating, gambling and dancing, as well as going to a strip club and hiring prostitutes for company. At one point, Watanabe ends up at a night club and requests the pianist to play a song from his childhood. The pianist stops playing, however, as Watanabe starts singing along to the music. He sings a plaintive song that becomes his theme for the rest of the movie: “Life is brief. Fall in love, dear maiden, while your lips are still red and before you are cold, for there will be no tomorrow.” On the way home, Watanabe and the author must stop the cab so he can puke up blood in the alleyway. The novelist realises that one cannot escape death.

The next day, he tries to improve his relationship with his son, and flashes back to all the times he has disappointed his son as a father. In a parallel to Ivan Ilyich, Watanabe realises he is unable to easily communicate with his family. Instead, he meets one of his coworkers, the young, female Toyo, who encounters him in the street. She wants to quit the civil service, but cannot, because Watanabe, who is still absent from work, is not there to stamp her resignation. He agrees to do this for her and they start to spend time together, which eventually confuses Toyo.

Watanabe finally tells Toyo that he is dying and tries to explain what her company means to him. After several false starts, he decides that it is that she is so full of life, and that he is jealous of that. If he could only be like her for just one day, he would die happily. He asks her to show him how to be like she is. Her response at first sends him into the deepest despair, but then he is inspired to accomplish something tangible at his office. He returns to work with a renewed zeal and tackles the unsanitary pond that was brought up in the opening sequence.

Shortly after seeing him begin this project, the movie flashes forward several months and we find ourselves at Watanabe’s funeral. The deputy mayor, his coworkers, his brother, son and his son’s wife are all in attendance. We discover that the diseased pond has been cleaned up and a park has been built on the site. The deputy mayor is trying to take credit for its completion, but the people of the area know that it was Watanabe’s work and devotion that led to its construction. We also discover that Watanabe has died in the snow, sitting on a swing in his park singing his song. Finally, near the end of the film, as Watanabe’s coworkers begin to realise he knew he was dying, one of them recalls something he said. I think it is a worthy motto to live one’s life by. “I can’t afford to hate people—I haven’t got that kind of time.”

The movie goes to great lengths to avoid being maudlin, as shown by the final scene, in which Kimura, one of Watanabe’s old subordinates, tries to stand up for the public over and issue, but finds he doesn’t have the courage. He ends up sitting back in his workspace, engulfed by paperwork. Kurosawa seems to be telling us that bureaucracy cannot be changed, but we must still stand up to it, as often as we can.

Up Next in the Film Canon: The rare case of a sequel that is better than the original (also motherhood and Vietnam disguised as science-fiction). 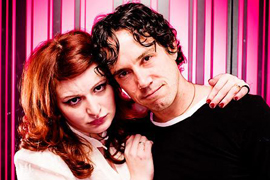