Of all the bands named After The Fall that I came across trying to find these guys’ contact information, they’re certainly the best. That’s not saying much, but it shouldn’t take a way from the band, either. Fort Orange blazes through its 13 tracks in under 30 minutes, offering up a nice mix of fast, technical, and anthemic. It’s like Daggermouth but more intense; Bad Religion with some Comeback Kid; basically, just a cool brand of melodic hardcore that’s unapologetic about its influences.

The 13 quick doses of fast are delivered in different flavours – angry, nostalgic, bouncy. The songs are undoubtedly a blast from the stage, and still pretty good on record. “Thomas Philbrick” has some great gang vocals and a nice shout-out to old Millencolin – never a bad thing. The rest of the tracks don’t veer much from the path, which is both good and bad at the same time. Nothing really changes until the closer, “1994.” Such a passionate, inspiring number.

Not a bad record for fans of the 2/2 time signature. Nothing really new, but nothing unbecoming, either. After The Fall’s in it to make good music for people who care, like this record for me. 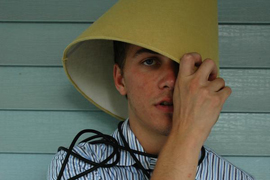 Interview with Without a Face guitarist & vocalist Henry Dillard