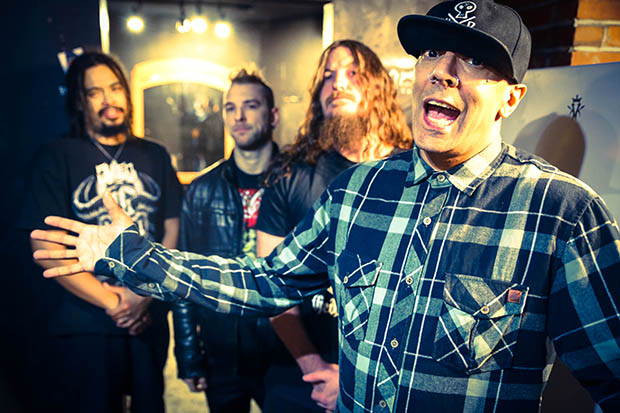 Brief Bio: Hed PE, also known as (hed) planet earth and stylized as (həd) p.e., is an American rock band from Huntington Beach, California. Formed in 1994, the band performs a style of music which they refer to as “G-punk”. Their music is primarily based in a fusion of punk rock and hip hop, but they have also been known to incorporate elements of heavy metal, reggae and other genres. After releasing three albums on Jive Records, Hed PE left the label to record independently, eventually signing with Suburban Noize Records in 2006. To date, they have released seven studio albums, one live album and one compilation album.

On June 26, 2007, the band released their sixth studio album, Insomnia. It peaked at #16 on the Top Independent Albums chart, and at #138 on the Billboard 200. The album’s lead single, “Suffa”, became one of the most requested tracks at Sirius Satellite Radio’s Hard Attack, while the song’s music video was voted one of the Top 10 of 2007 on MTV’s Headbangers Ball. Hed PE released their first live album, The D.I.Y. Guys, in 2008,[23] and are working on their seventh studio album, New World Orphans which will come in three different versions (red, white and black) that each contain a different set of bonus tracks.  [ END ]