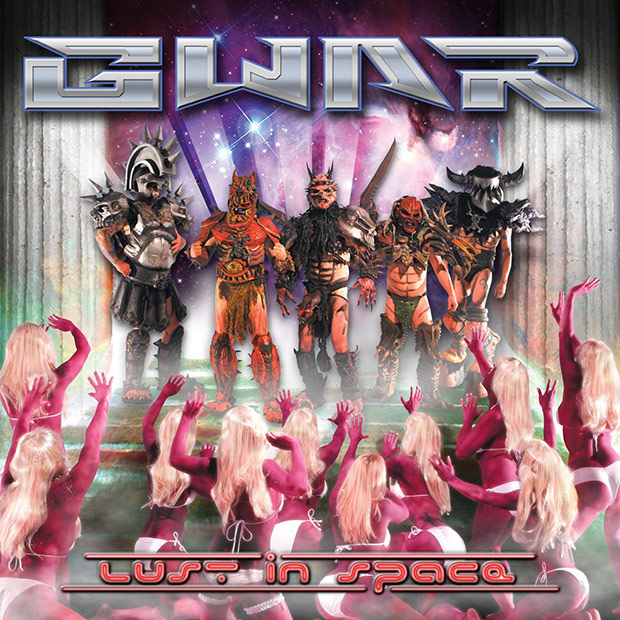 The two-time Grammy Award nominated and self-proclaimed Slumdogs Of The Universe are back and better than ever. The bands newest release Lust In Space hit shelves August 18th through Metal Blade Records and it is a whopper. The six members Oderus Urungus, Balsac, The Jaws Of Death, Jizmak Da Gusha, Flattus Maximus and Beefcake The Mighty have created a disc that is sure to please old and new fans alike.

All the trademark elements of a good GWAR album are accounted for here. After twenty-five years in the business, they have perfected their craft and are still cranking out good, pertinent metal with an amusing Sci-Fi twist that has earned them the respect of their peers and their fans.

Beneath all of the overwhelming visual and theatrical aspects of the CD though lies some serious songwriting and musicianship. While there are no great big surprises here and GWAR does not stray far from their original formula. Lust In Space, has been kicked up a notch. This record seems a bit harder and a bit heavier than the bands previous releases but at the same time it is familiar, extremely enjoyable and should garner them a ton of attention in the music world.

The cover of this disc is absolutely worth checking out. A room full of half-dressed women worshiping at the altar of GWAR, while the band looks on in admiration of their followers. At the end of the day, Lust In Space is a good record that fans of the band will truly dig. Those new to the GWAR camp will also find that this is a good introduction to this one of a kind metal act.  [ END ]