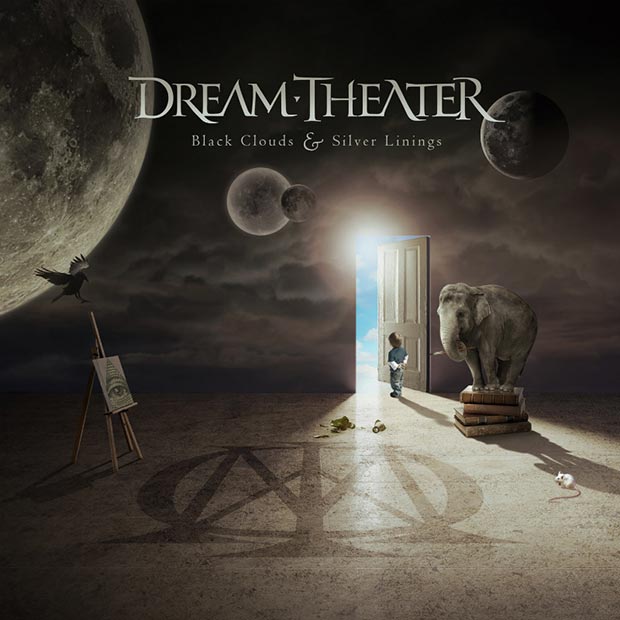 Did you know that John Petrucci is one of the greatest guitar players of all time, in my book? I bet you also didn’t know that this 10th studio release debuted on the Billboard 200 chart at number 6. It also went straight to number 1 on the Euro Hot 100 list. If you thought this band was out of gas, think again.

I remember I had Dream Theater written across my binder in high school, right beside the likes of Metallica, and Joe Satriani. Why? Because they are one of the best progressive metal acts out there; who boast the longevity of Bon Jovi in the Pop/Rock genre. This band can go on and on, and will continue to do so whilst remaining underground. They may not have had many mainstream hits, but their following of fans is enormous.

The new album consists of six tracks, all with lengthy guitar solos, deep and passionate vocals, and doesn’t rely heavily on synths. The levels of depth, and complexity on this album are massive. Yet it maintains such simplistic rock elements; It’s a brilliant album and certainly worth a listen.

“Wither” has to be hands down the one single on the disc that deserves radio play. A sexy little music video and massive support from their label have helped it out for sure. It’s one of the shorter tracks on the album clocking in at only 5:25. It’s sort of sounds like a cross between Metallica’s “The Unforgiven” and Staind’s “Believe.” It truly is a remarkably a beautiful song and although the word ‘beautiful’ in a review of a progressive metal band is hard to believe, it’s the only term deemed fit.

This record proves one simple thing. Dream Theater still kick ass and are still very much relevant. I expect only more awesome music in the future. This album is sick! As a side note, the band has massive loads of bootleg versions of albums and recorded live concerts, I suggest you pick some up and experience the awesomeness that is Dream Theater.  [ END ]