“Wanda, do you have any idea what it’s like being English? Being so correct all the time, being so stifled by this dread of, of doing the wrong thing, of saying to someone ‘Are you married?’ and hearing ‘My wife left me this morning,’ or saying, ‘Do you have children?’ and being told they all burned to death on Wednesday. You see, Wanda, we’ll all terrified of embarrassment. That’s why we’re so…dead.” – Archie Leach

There are some comedians who would clearly be a blast to spend an afternoon with, such as Steve Carrell, Seth Rogan, Ricky Gervais or Patton Oswalt. There are other comedians, however, to whom comedy does not come easily. For them, it is serious science to be laboured over and perfected. Peter Sellers, W.C.Fields and John Cleese would fall into this category. Following his astounding comedic success in the 1960s and 1970s with Monty Python’s Flying Circus and the TV show Fawlty Towers, John Cleese was determined to show he was still funny, and created a complex, interlocking comedy that paid tribute to the British films of the 1940s. These films, mostly produced through the Ealing Studios, were renowned the world over for their dark comedy often combined with complex heists, murders or revenge. The best known films from Ealing Studios, introducing stars such as Alastair Sim, Alec Guinness and Peter Sellers, are Kind Hearts and Coronets (1949), The Ladykillers (1951, recently remade by the Coen Brothers) and The Lavender Hill Mob (1951). The latter film was directed by Charles Crichton, who John Cleese persuaded to direct his homage to Ealing films, A Fish Called Wanda. They proved to be of the same mind regarding comedy, as a quote from Crichton can attest: “People think that if you’re directing comedy, you’ve got to be funny. On the contrary, you’ve got to be serious.”

Rather than the wacky situations and bizarre behaviour—frequently funny, but not real in the slightest—that occurs in many comedies such as Anchorman, Dumb and Dumber or Talledaga Nights, A Fish Called Wanda is firmly rooted in reality. In the film, four criminals, a barrister (lawyer) and his wife become entangled in double crosses, mistaken identities and double-double crosses. Criminal mastermind Georges Thomason has a plan to rob a bank of millions of pounds in diamonds, with help from his gangster mol girlfriend, Wanda, his devoted deputy, the stuttering animal lover Ken and Wanda’s “brother” Otto. The heist goes off without a hitch and diamonds are successfully hidden. It turns out, however, that Otto is not Wanda’s brother. Together, they turn in Georges and go to steal the diamonds, only to find they have been moved to a safety deposit box. It turns out that Ken has the key. In order to find out where the diamonds are, Wanda decides to cozy up to Georges’ lawyer, Archie Leach. Archie is naïve and doesn’t know anything about the diamonds, but falls for Wanda instantly. Meanwhile, Otto seethes with jealousy over Wanda’s flirting with Archie and Ken tries to kill an old lady, the only witness to the crime. So quite plot-heavy, then – and this is even before any of the complications kick in!

To say more would ruin several of the story’s complications, but several scenes spring to mind as among the greatest comedy set-pieces in film: Ken being interrogated by Otto with French fries shoved up his nostrils (apparently, a physician in Denmark laughed himself to death in the cinema during this scene), Archie trying to be patient while Ken’s stutter becomes ridiculously profound, Archie’s apology to Otto, Otto and Archie’s final showdown and Otto’s constant refrain of “Don’t call me stupid” to which Wanda finally responds: “oh right, to call you stupid would be an insult to stupid people! I’ve known sheep who could outwit you! I’ve worn dresses with higher IQs…Aristotle was not Belgian, the principle of Buddhism is not ‘every man for himself’, and the London Underground is not a political movement. Those are all mistakes, Otto. I looked them up.” The following diatribe also never fails to make me laugh:

On top of being a heist movie, the film tries to dissect the differences between British and American culture and seems to come down hard on the sexually-repressed Englishman and -woman—especially in the crosscuts between Archie and his wife and Otto and Wanda going to bed. I wonder if Cleese was going through a divorce at the time, especially due to the shrewish nightmare Wendy, brilliantly portrayed by Maria Aitken. In fact, all the performers are at the top of their game: Jamie Lee Curtis proved she could do comedy, Kevin Kline stole the movie with his clueless Otto of rampaging id and Cleese and Palin were never funnier, even in Python. Interestingly, Michael Palin’s father stuttered, which informed his portrayal of Ken, including the fact that a stutter is less pronounced around people who are trusted than when the stutterer is uncomfortable.

The very definition of a “slow burner”, A Fish Called Wanda was released in the summer and took ten weeks before it finally made it to #1 on the Box Office chart through word-of-mouth. It ended up with Oscar nominations for Director, Screenplay and Supporting Actor and a place in the pantheon of film comedies, higher even than the Ealing films it emulates.

Up Next in the Film Canon: A petty bureaucrat discovers he doesn’t have long to live. 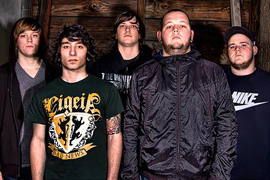