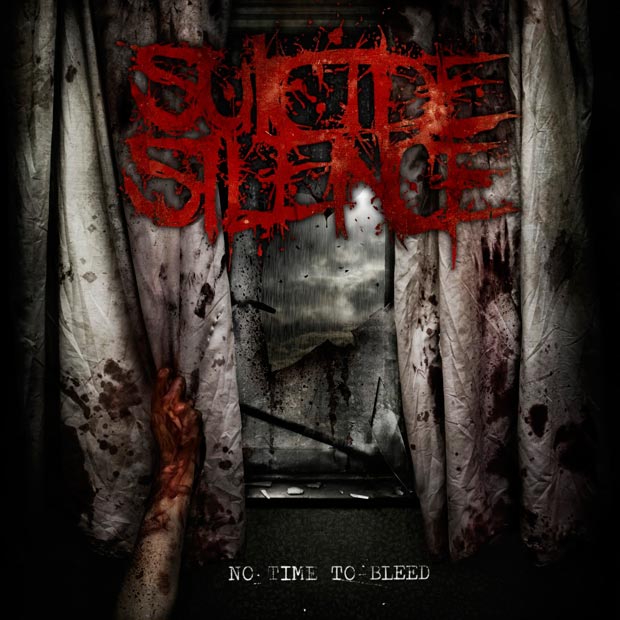 “Wake up wake up, this is no hallucination”, are the powerful words growled by Suicide Silence’s Mitch Lucker on “Wake Up”, the opening track on their latest full length, No Time To Bleed. After a two year period, I guess the band decided it was time to ‘wake up’ their fans with another pounding record. Unlike their last effort, The Cleansing, this one was tracked rather than recorded live giving the album a much better quality sound.

The music’s lyrical content focuses on the personal struggles of vocalist Mitch Lucker as heard in the song “Wake Up” (which is about trying to snap someone out of a bad drug trip). Vocally, Mitch Lucker still rages with low to high growls throughout the duration of the album; always a highlight. The guitars have matured, becoming more complex when compared to their previous work and the drumming is fast-paced and full of blast beats. Unfortunately, with all these great instrumentals going full bore, bassist Daniel Kenny tends to get drowned out.

An interesting addition to the album is the track “…And Then She Bled” which is an instrumental with voice overs of a 911 emergency phone call recorded February 18, 2009. The crazy call was from Charla Nash and is a recording of Charla and her friend as they were attacked by a domesticated chimpanzee. How these guys decided to put this song together is beyond me.

No Time To Bleed is a definitely a step up from their previous album and shows the wonderful progress the band has made. This album will definitely push the group to the next level. This release is for fans of Carnifex, Job For A Cowboy, Blindwitness and label mates Winds Of Plague.

Check out the song: “Wake Up”