It should come as no surprise that one of rock’s most democratic bands would come up with a most democratic album. For release on August 18 via Rock Ridge Music, their seventh disc of original material, Sister Hazel (vocalist/guitarist Ken Block, guitarist/vocalist Drew Copeland, lead guitarist Ryan Newell, bassist Jett Beres and drummer Mark Trojanowski) decided to have each band member contribute a couple of his own songs for which he would then guide his vision through the recording process.

Last fall, the band members brought in their songs to their favorite Gainesville rehearsal space where they played through the material. They traveled to Nashville to demo the tunes, and then Newell worked on the tracks at his home studios with his band mates dropping in. Block and Copeland recorded their vocals at a Gainesville Best Western that Block humorously suggests may change the room’s name to the Sister Hazel Presidential Suite. ‘Release’ proves to be a wonderful showcase for the group’s five talented songwriters. Wanting to, in Beres’ words, “stretch the boundaries of what Sister Hazel is,” the disc is their most diverse effort. It features the familiar Sister Hazel Southern-style rock sound but comes at it with a decidedly fresh, invigorating style. 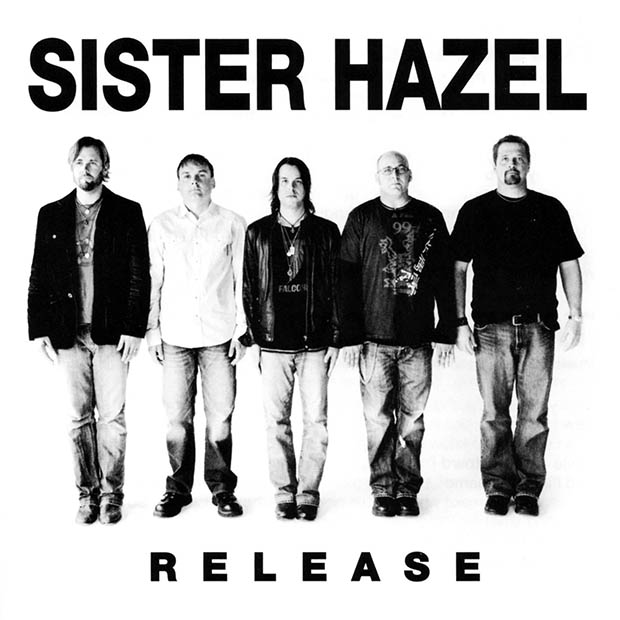