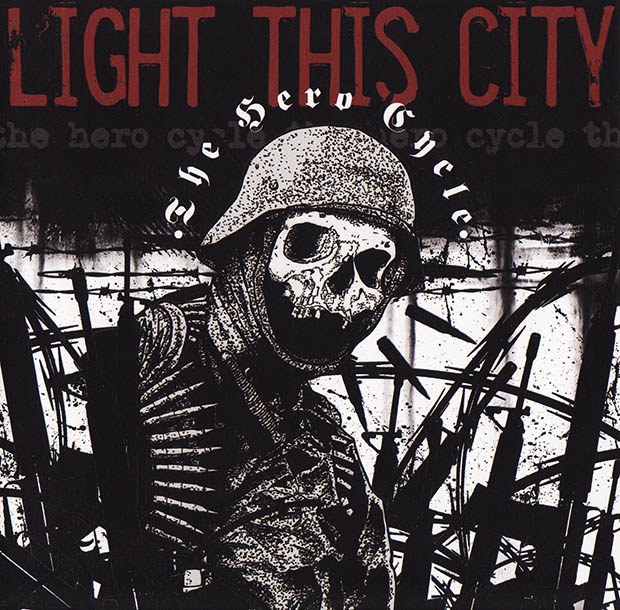 A lot of screaming and hardcore-influenced type material overwhelms the The Hero Cycle. This is most definitely a band in need of releasing a lot of energy… but are they able to do so in the most interesting manner possible? The answer is somewhat mixed. Without a doubt the CD possesses infectious parts which do let themselves be felt, however, Light This City don’t go out on a limb to create something truly neat sounding which results in a rather generic sound overall.

Although the performance style won’t appeal to the masses, it will definitely please followers of this specific style of metal. Light This City boast a need to play as intensely as possible and though it can be overwhelming, it does highlight the bands utter passion for playing loud, hard and fast. Interestingly though, raw aggression and brutality aside, the one tune that seems to be somewhat more universally appealing is the cover of At the Gates’ “Cold”.

As for the rest of the album, continuous, cascading levels of sound course over the listener’s eardrums while being simultaneously excited to a certain degree, but not overly stimulated by any means. Again, the music’s style is a heavily defining trait and I think is ultimately what limits the band as a whole. Nevertheless, Light This City certainly have the excitement factor thrown into high gear and though the music is not exactly delivered the way everyone would hope, it is still good.

In terms of the album as a whole I thought it was a good effort, but it’s certainly geared towards a specific type of audience and may not grip you as much as you might hope. However, negatives aside, I truly believe that fans of the genre will love this reissue even more than the original.  [ END ]