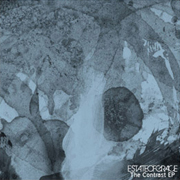 Estate Of Grace – “The Contrast” [EP]

In addition to booking shows in Oshawa, Whitby and Toronto, Ontario, Suicide Music! has taken on the new role of managing the band Estate Of Grace. With the help of a supportive manager and some great music, Estate Of Grace were recently able to record and release their hot new EP, The Contrast EP.

Hailing from Cobourg, Ontario, these guys have definitely been influenced by another well-known Cobourg act, These Silhouettes. With a similar singing voice as that of Stuart Aiken of TS, Estate of Grave vocalist Kirk Husak did modify his overall style by incorporating screaming into the band’s songs. The EP has melodic instrumentals which distinguish them from other bands who generally disregard the melodies altogether. These instrumentals mixed with the vocals make for catchy songs, especially the last two tracks, “Two Ways On A One Way Street” and “Just Give Me Your Keys.” By distinguishing themselves from the rest of the general music scene of Southern Ontario (they gear themselves away from breakdowns), Estate of Grace have steered themselves towards success. With time and maturity this formula will bring the band to the next level.

Estate Of Grace are a new group featuring young musicians who show promise and offer a fresh sound. This album is for fans of These Silhouettes, Silverstein, Thursday and Ten Second Epic. Go check them out live and pick up a copy of The Contrast EP.

Check out the song: “Just Give Me Your Keys”