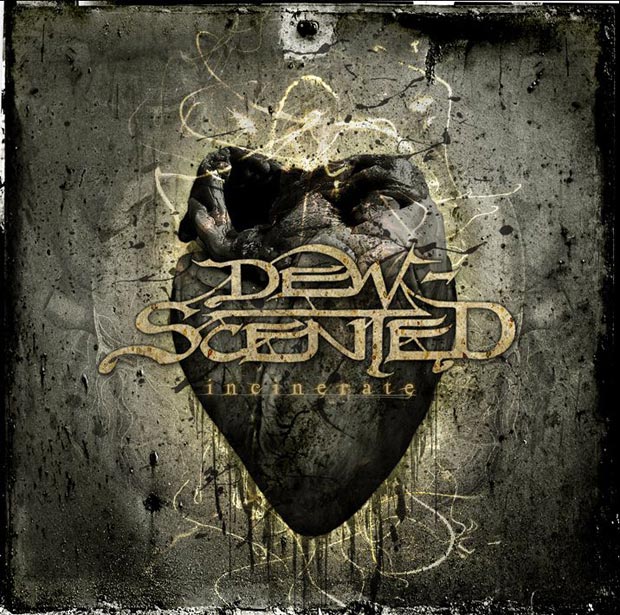 Incinerate‘s songs boast a ton of speed to boost its crunchy sounds into another stratosphere. The band demonstrates the velocity necessary to make for an interesting listen and play their songs at a whole other level of quickness. Similar to the group Epoch of Unlight, but with a slightly more thrashy vibe is how I would described Dew Scented’s sound… they do attempt wholeheartedly to craft their own niche. Moreover, they throw in enough licks to create something worthwhile and seem to enjoy performing their stuff to the greatest of extents.

The band is extreme in its lyrics to a certain extent, although they don’t cross into the really brutal boundaries by any means. The solos which are added for an extra bit of push add character help increase the music’s intensity. There is certainly a determined attitude to be found here and it makes the band seem imposing enough. “Retain the Scars” for example, shows the outfit playing as passionately as anything and is a nice way to veer towards the ending of Incinerate.

The rest of the work is pretty solid, but there t really isn’t a standout moment to be found. The biggest issue with this style of Metal is that Dew-Scented don’t vary their songs enough as the album starts to sound somewhat the same towards the end. I feel as though they just don’t throw in enough little twists and turns here and there to keep things completely compelling.

The musical performances are strong and feature solid guitar playing, drumming and a vocalist that delivers a hardcore-like yell (but doesn’t do so in a manner that fits the music decently). Overall, Incinerate is a pretty good release that could have been even better with a slightly more creative approach in mind.  [ END ]