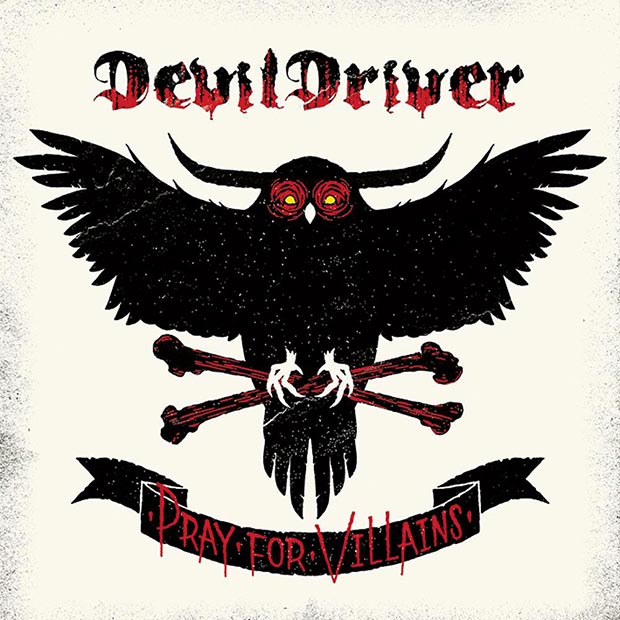 For any of you groove metal fans, DevilDriver is back with their fourth studio album and let me tell you that this albums rocks harder than any of their previous releases. That’s saying a lot, considering how amazing their self-titled album was. DD have only been around for 7 years, but 7 years is nothing when you can tear through the country with four full-length albums. Their label Roadrunner Records sure caught a sweet break and band when they signed these guys back in 2002.

The entire album is what you’d come to expect from the band; heavy, brutal, melodic, and all out kick ass. The disc kicks off with the title track “Pray For Villains” which is more melodic than most of their older work, but still rocks. The teamwork put through from every band member is absolutely monumental. With the way both guitarists compliment each other alone, it’s no wonder why these guys have gotten so huge in such a short amount of time.

“Pure Sincerity” is one of the heaviest tracks I’ve heard from these guys. Harmonics, complimented with sick drum patterns and a groovy bass riff; how can you go wrong? Dez’s vocals are just as insane as everything else he’s done, ranging from his low growls, to his pure demonic high screams. The band takes advantage of palm mutes for a lot of the track, which just made me bounce around even more; I wanted to full-out mosh in my living room.

Whether you guys already know of this band, or you’ve just been introduced to them with this review, you will not be disappointed with Pray For Villains. The fourth time must be the charm because DevilDriver have scored big with this massive release. Give it a listen. You’re only missing out if you don’t.  [ END ]