Time Again formed in 2004 with only two members. As fate had it, Vocalist Daniel Dart met Lars Frederiksen (Rancid, The Basards) at the Transplants video shoot, and invited him to see their performance at the Whiskey. Not long after that, they released a self-titled EP on Rancid Records in 2005, which made XM Radio’s To 25 of 2005.

Time Again has since shared the stage with punk legends Circle Jerks, Adolescents, Social Distortion, TSOL, and Rancid. Dart explained, “I don’t think there is ever gonna be another band that I’d be as excited to play with than Rancid, no matter what happens down the road, no one can ever take that night away from us.”

The stories Are True, on Hellcat Records, features thirteen old-school style street punk tracks that go a step beyond, infusing ska and folk style storytelling into their music – expressing themselves with no apologies.

The title track “The Stories Are True” instills hope to the hopeless, while chanting: “Lying on the floor, you’re thinking you’re dead, but you wanna live life and do it instead. You gotta understand how to be true; it’s out with the old and in with the new. You gotta do it now, you don’t’ wana go, come on now, life is your show.” The chorus rings in with, “Come on now, let it go, everything that you know, step aside, let it ride, and we’re turning the tide, it’s out with the old, in with the new, step aside, the stories are true.”

This album is nonstop catchy, yet raw, only to prove that street punk has survived with heart and passion. 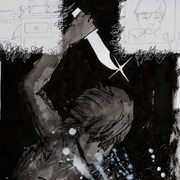