Progressive metal can certainly be found on Prime Cuts, but you’ll have to delve beneath the underlying progressive rock tendencies to find it. There is a certain flavour to be found on this album that seems like a solid combination of both of these aforementioned genres making for an enticing excursion into Shadow Galllery’s overall discography. The band finds their fate among some mid-paced riffing and many acoustic passages, more often than the speedy stuff you’ll find by the likes of Dream Theater. The style works to their advantage however, as they perform everything quite splendidly and the sound has a really welcoming feel. This strong feeling they maintain with their music is difficult to come by and something to be cherished.

The songs have a compassionate voice and some solid performing caps off their ability to make the tracks come alive. We can see strong guitar playing and an impassioned vocalist marking the band’s territory. Take note that the music to be found here is slightly more calm than what you might usually find in progressive metal, but doesn’t get brought down or suffer because of it whatsoever. Instead Shadow Gallery manage to create their own style and bring out their charisma and charm.

There is also constantly the idea running through your head that the band is playing an individual style to its maximum potential extent and this enhances the appreciation of the band’s music. This is a defining point for the band as they manage to create an invigorating style without delving into the over-indulgences that could be found within the genre.

A strong track to be found is “Rule the World”, which has a chorus that’ll catch your attention and is brought together by some fine playing throughout. All in all, there’s quite a bit to enjoy from the stylings this disc has to offer. Prime Cuts is a very good compilation that should be checked out by all fans of progressive music.  [ END ] 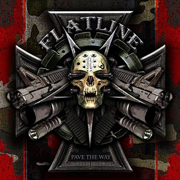 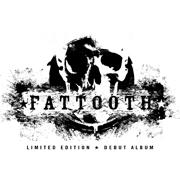