Starring: Harold Lloyd as The Boy » Mildred Davis as The Girl » Bill Strother as The Pal » Noah Young as The Law » Westcott Clarke as The Floorwalker.

“It is by general agreement the most famous shot in silent comedy: a man in a straw hat and round horn-rim glasses, hanging from the minute hand of a clock twelve stories above the city street. Strange, that this shot occurs in a film few people have ever seen.” – Roger Ebert

In all my film-watching days, I have never experienced the level of spontaneous audience involvement that I did when watching Safety Last!. If at all possible, see this film in a group – preferably the largest audience you can muster up. During the final fifteen minute sequence of the film, there were screams of fright and laughter, as well as sustained applause at the end. For a silent film. In 2007. Originally released over 86 years ago, Safety Last! is the earliest film on this list. It stars the third, and most commercially successful, of the comedic super-stars of the 1920s, Harold Lloyd (the others being Buster Keaton and Charlie Chaplin). Unavailable for years, 2006 saw pristine new prints of Safety Last! tour the art-house theatres and DVD releases of Harold Lloyd’s entire oeuvre. Watching the final sequence alone, however, won’t bring the same experience. The first hour is necessary to set up the character of The Boy, so that we are emotionally invested in his fate.

The Boy, unlike Chaplin’s conniving Tramp or Keaton’s earnest and endlessly perplexed Stoneface, is just a regular guy trying to get everything to work out. He comes from a small town and wants to marry The Girl (Mildred Davis was Harold Lloyd’s real wife). He just doesn’t have enough money to do her justice, however, so he goes off to the big city to get a job. He ends up working as a salesman in a fabric store, but barely has enough money to cover the rent and food, let alone saving for a marriage. Notwithstanding his destitution, in order to impress The Girl he pretends he is more successful than he really is, sending jewellery with all the money he has (as well as pawning the record player of his roommate (The Pal)).

At his work, he must contend with the crazed hoards of middle-aged women vying for the latest swatch of fabric and his nemesis, The Floorwalker, who thinks himself superior to the rest of the workers. In these scenes, we see The Boy’s ingenuity in getting himself out of sticky situations. After a particularly strenuous day at work contending with a mob of sale-hungry shoppers, The Boy meets an old friend from his hometown who is now a policeman. Wanting to trick/impress The Pal, The Boy sets up a practical joke in which The Pal will push over the policeman, only to have The Boy “patch things up” (with his hometown friend). Naturally, the hometown policeman is substituted with a different cop (The Law), who goes after The Pal in hot pursuit. The Pal, who is a high-rise construction worker, has no fear of heights and escapes The Law by climbing a nearby building.

Meanwhile, The Boy’s girlfriend decides to visit her man in town, as it sounds to her like he is really doing pretty well, what with buying her necklaces and all, and maybe he will fall prey to a Woman from the City. Because of his boastful claims in letters written home, when The Girl shows up at his work, The Boy is forced to pretend that he is really the manager. Naturally, hilarity ensues. In a last-ditch attempt to make money, inspired by his friend’s building climb, The Boy gets the real manager to agree to give him $1000 if he can stage a major publicity event for the store. He intends to get his friend to climb the building.

Naturally, The Law catches up to The Pal and The Boy is forced to climb the building himself. It is the spectacular stunts of this climb that turn the film from a very funny silent comedy to a classic. To be honest, I am not even sure how funny this final sequence is. I didn’t laugh so much as stare in amazement, shield my eyes and gasp at the audacity of the stunts. In a time when CGI effects are so widespread, it is unusual to see a stunt sequence in which the characters and actors are in real jeopardy. One of the big weaknesses in Spiderman 3, for example, is the ridiculous opening action sequence that is obviously entirely computer-generated. In a film series in which I am actually invested in the characters, I didn’t give two shits because they were so plainly not present for any moments of that sequence.

On his interminable climb up the building, The Boy is constantly hoping to be replaced by The Pal, only to be told to “climb higher.” Because of the first hour of the film, we are now completely invested in this character. While we know he is clever and tenacious, we know he really can’t climb a building, but we hope he succeeds. In order to get to safety, he must contend with pigeons, nets, peanuts, springs, dogs, opening windows and mice, among other things. The film gets gasps from its audience because it seems like The Boy and even Harold Lloyd are in real danger a number of times.

I don’t want to talk too much about how the film was actually done for fear of ruining it, but there is no CGI, that is Harold Lloyd climbing in 99% of the shots, that is a real street below him, there are no composite shots and he was really that high up.

(I hope I didn’t talk this one up too much, but it really is worth your 73 minutes of time…)

Up Next in the Film Canon: Watch as a beloved filmmaker bankrupts himself on film! 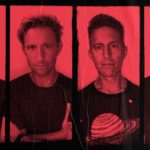