“Do you mind if I ask you a question, frankly? Do you love my daughter?” – Andrews
“Any guy that’d fall in love with your daughter ought to have his head examined…A normal human being couldn’t live under the same roof with her without going nutty! She’s my idea of nothing!” – Peter Warne
“I asked you a simple question! Do you love her?” – Andrews
“YES! But don’t hold that against me, I’m a little screwy myself!” – Peter Warne

It Happened One Night is one of the first sleeper hits of the movies. Abandoned by the studio into theatres with little-to-no promotion, the stars and director claimed it was the worse movie they had ever been involved with. Through word-of-mouth and critical success, however, it went on to become the biggest hit of 1934 (and 1935), winning Best Picture, Best Director, Best Actor, Best Actress and Best Screenplay – a feat not equalled again until 1975’s One Flew Over the Cuckoo’s Nest. It made huge stars out of Clark Gable, Claudette Colbert and the director, Frank Capra. It saved a studio that is still around today from certain ruin. According to legend, a scene showing that Clark Gable’s character didn’t wear an undershirt led to a sharp decline in sales of undershirts. It is also one of the earliest romantic comedies ever made.

Claudette Colbert was so unimpressed with the script, she only agreed to take part if Frank Capra could film it before she went on her holidays, and if her salary was doubled. Faced with an extremely tight shooting schedule and a tightened budget, Frank Capra decided to film on location, with only a minimum of sets. The result is a movie filmed in mostly real locations (apart from the bus and cabin interiors) throughout America during The Great Depression.

The story itself is a simple and typical example of the romantic comedy. Rich, spoilt heiress Ellie Andrews has an independent streak and rebels against her strict, yet kind father by getting married to slick playboy King Westley. Her father objects and, as the film opens, is keeping her hostage on his yacht to prevent her from going to King Westley while he tries to get the marriage annulled. Needless to say, she escapes (by swimming to shore) and sets out on a journey to get to New York City and meet up with her husband and, presumably, consummate the wedding. She has only a little money with her and so sets out to take a “night bus” to New York City. There she meets the principled but egotistical journalist Peter Warne who has just been fired from his newspaper job for reasons unknown. There is an instant antagonism, yet attraction between them. Eventually, he sees her as a great story to get him back into the newspaper business and she sees him as a useful guide to get her back to New York City. Of course, they also fall in love.

As in any good romantic comedy, the couple must fall in love, only to be separated by some unlikely plot twist leaving the audience to bite on fingernails and wonder if the stars will ever get back together. The plot twist here is actually vaguely believable and doesn’t derail the film as has happened in so many other rom-coms. It is speculated that the film became so popular not only because of the likeable leads and their banter (Ellie: “Your ego is absolutely colossal!” Peter: “Yeah, yeah, not bad, how’s yours?”), but because it showed the lives of regular people struggling through the depression—hitchhiking, taking buses, looking for work, with only one egg, one donut and black coffee for breakfast.

Frank Capra would go on to direct several films widely regarded as classics of American cinema including Mr. Smith Goes to Washington and It’s a Wonderful Life, both of which are worth the time to watch. Colbert also starred in the 1934 version of Cleopatra and in Preston Sturges’ wonderful The Palm Beach Story, but this film was the pinnacle of her career. Clark Gable’s career stretched into the 1960s, until his death. He was the biggest male star of the 1930s, excellent in Mutiny on the Bounty and the only thing worth watching in Gone With The Wind. I’ll give Peter Warne the last words, as he speaks of living with the woman of his dreams on a desert island. “That’s the only place to live… where the stars are so close over your head you feel you could reach up and stir them around.”

Up Next in the Film Canon: The pinnacle of silent film? 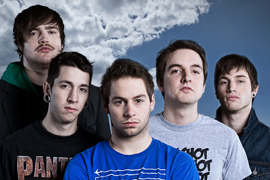 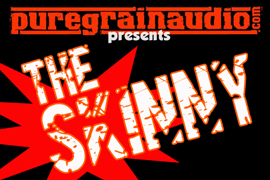