I always thought Creed were probably the worst band of all time. Until I heard this record. The oddly named brokeNCYDE are a four piece “crunk” band from New Mexico. Now, I’m not entirely sure what crunk is, though maybe I’m showing my age a little there. I’ve heard the word used in the term “crunkcore”, and as the scene MySpace kids with silly multicoloured asymmetrical haircuts have taken to putting the word “core” on the end of things for some reasons unbeknownst to myself, I wasn’t holding my breath for any kind of musical extravaganza here.

Kudos to brokeNCYDE however, in that they have put most of the album on their MySpace profile. So I am thankful I didn’t have to spend any money to listen to it. This is their debut album, I’m Not A Fan, But The Kids Like It!. I try not to judge a band too quickly, so I gave them the benefit of the doubt and managed to listen through the whole thing. And to be honest, I’m really trying to find something good to say about them.

Pretty much all the songs are unmemorable and unmentionable. Track 3 “Jealousy” starts out okay, it has a pretty cool beat going and a fun electronic sound. I can imagine it being quite a hit in a lot of clubs, actually. Unfortunately the second chorus introduces the ridiculous screamo noise that features in most of the other tracks, and makes me want to insert a scalpel into my ears and cut up my own eardrums just so I don’t have to listen to it anymore. Number six, “Tipsy” is probably the highlight of the album, it’s not too bad at all. And interestingly, probably features the least use of the screamcore growling technique this band seem to love so much.

It’s difficult to understand brokeNCYDE’s musical vision. The lyrics are reminiscent of chauvinistic gangsta RnB, the overuse of autotune reminds me of T-Pain and quite frankly makes me long for silence. The actual backing tracks though are decent enough, the production is good enough that I can imagine with better lyrics and vocal performances it could almost be classed as “promising”.

Throughout listening to this I’ve been trying to figure out what kind of person I might recommend this to. What surprises me is that brokeNCYDE have an insane amount of MySpace “friends” and are clearly popular in their own right. I do wonder if that amount of online fans is mostly just for show and if they are one of those bands who assumes that because they’ve managed to get an obscene amount of friends this will translate to record sales. I have a feeling it won’t work out that way.

Maybe the album title says it all. I’m not a fan. Maybe the kids DO like it. Maybe if I was a 17 year old scenester with a silly hairdo then I’d feel differently. But I’m not. So as it stands, I’d recommend you avoid this album like swine flu. And I want the last 40 minutes of my life back.  [ END ] 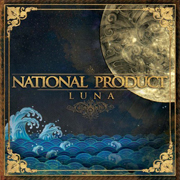