Metal Blade recording artists As You Drown have just released their latest effort Reflection and are hitting the road in support of it this summer. Combining a brutal onslaught with traditional old school Death Metal sensibilities, the band has created a fresh and vigorous new offering. I recently spoke with guitarist Simon Exner about the band and their newest release, Reflection.

Different groups have unique ways of writing their songs. How do you guys go about writing your music? Is it a collective effort or is it more the efforts of one particular member of the band?
Simon: Usually our guitarists, Mike and Simon, will come up with the riffs and basic structure of a song. Then vocalist Henrik writes the lyrics, and we all come up with the final arrangement together – so everyone contributes in some way or another. A third of Reflection was actually put together in the studio, and almost everybody contributed ideas to the songs.

Every band has its musical influences. What are some of the other bands and artists that have greatly influenced you guys and your music?
Simon: The primary influences are American Death Metal, of both the old and the new school, and the brilliant polished Death Metal scene. However, we also like to throw in a bit of inspiration from other sources to mix it up a bit and make things a little more interesting. Bands that deserve a special mention are Cannibal Corpse, Morbid Angel, Job For A Cowboy, Decapitated, Behemoth and Meshuggah. We try to meld the speed and technical brutality that we like in the newer bands with some of the dark atmospheres and the catchy songwriting of the old.

The name of the band As You Drown is interesting to say the least and sounds as if there is a story behind it. Where did the name come from and what is the story?
Simon: We wanted something that was a bit more ambiguous and interesting than the typical Death Metal clichés, while still retaining a certain darkness. The name also leaves a lot of room for interpretation, which is something we like. It is never wrong to get people thinking. The name is also a little tribute to an amazing band from Henriks hometown of Göteborg, called Abandon. The first song of their debut EP is called “As You Drown”. Henrik counts their, now tragically deceased, vocalist Johan Carlzon as one of his biggest influences.

Your brand new CD titled Reflection is set for release on July 7th. Now that it is complete how do you feel about it? Are you satisfied with the outcome?
Simon: We are extremely happy with the outcome! It is our very own little baby of mayhem, darkness and unprovoked destruction. There are, of course, always a few things that you think you could have done better but overall we are delighted with the result. We knew we had songs that we believed in and we are very happy with the sound of the recording as well. Christian Silver did an ace job of mixing and mastering the stuff.

How quick are you in the studio? Can you usually knock things out in a couple takes?
Simon: Well, we probably could but we do not really have to, since we have our own studio and can afford to take all the time we want. This is both good and bad, since it leaves a lot of room for experimentation and trying things out but it can also lead to a certain degree of laziness. If you know you have all the time in the world, things tend to take a little longer to get done.

Give us some insight into Reflection and the meaning behind its title?
Simon: The theme of the lyrics is basically all the most aggressive, self-destructive and deviant sides of Henriks somewhat warped mind. A dark ‘reflection’ of his personality, if you will. It should also be noted that the cover art (by the brilliant Per Olofsson) is actually a similarly fucked up and twisted picture of Mikaels face, which carries the theme over into the visual part of the record.

What can fans expect when they pick up a copy of Reflection?
Simon: Everything that is good about brutal and heavy music, really! Furious blasts, smashing grooves, subtly intricate guitar work (but no flashing or showing off for the sake of it), bass that will rattle your teeth and some seriously pissed vocals. Death metal, we believe it’s called.

Reflection is your debut CD. How did you gain the attention of Metal Blade Records?
Simon: Metal Blade was actually the only label we sent the album to, although we had some contact with other labels as well. Fortunately, Metal Blade Records liked what they heard. We had had some previous contact with them, and knew that they were interested in hearing our upcoming recording. When were finished with the album, which we recorded ourselves, we sent them a copy and a couple of weeks later we were discussing a contract. The whole thing went a lot more smooth than any of us could have imagined, and we are extremely happy to be a part of the Metal Blade roster.

What is your view on the current state of Death Metal?
Simon: There a clearly lots of talented bands out there. However, there may be a bit too many who are just copying what others are doing or who are in it for the wrong reasons. You can probably hear who influenced us as well, but we like to think that the way we mix the different parts together has a feeling of its own to it and we love playing Death Metal. Usually it is pretty easy to hear when something is not sincere. Overall we’d say that Death is alive and well though, thankfully!

What is the toughest lesson you ever learned in the studio and on the stage?
Simon: Lesson number 1. Patience is what you learn in the studio, and if something should not take more then a day; add another 3 days to that. Lesson number 2. Never let LG from Entombed mix your drinks for you! You WILL get pass-out-and-vomit drunk. This is not always a bad thing, though… Lesson number 3. NEVER EVER unload your stage equipment while being wasted, this can be quite expensive.

How has MySpace and the internet impacted your band and do you think downloading helps or hinders the artists?
Simon: The internet is obviously a great tool in getting people to hear your music. Without MySpace it would have been a lot harder to reach the people from all parts of the world that now know and like our music. It is still pretty fucking cool to get a message from someone in Malaysia or Mexico who says they love what we do. As for the whole downloading debate, we do not encourage it, but we play our music and let the label worry about things like that. It probably brings both good and bad things for artists, and it most likely depends a lot on who you are and what you do exactly.

What does the future hold for you guys as a band?
Simon: We have already started writing some new material, which is gonna kick a shitload of asses for sure! We also hope to play live as much as possible, in as many places as possible, after the album is released. I hope that we will see everyone who is reading this on the road… Thanks for the interview.  [ END ]

THE OFFSPRING Premiere Video For “Stuff Is Messed Up” 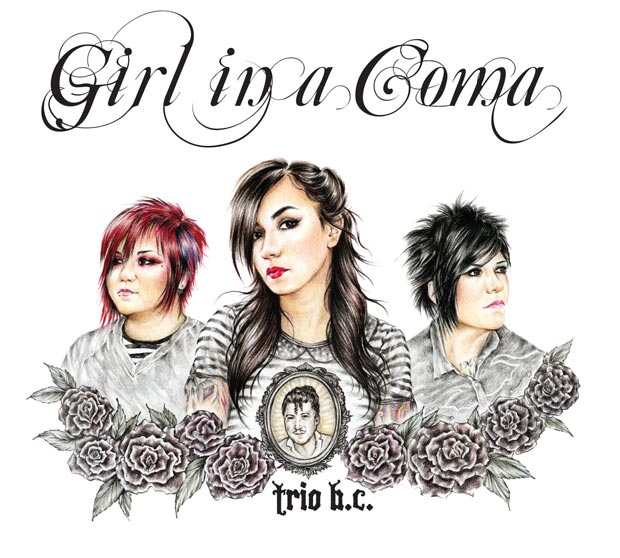