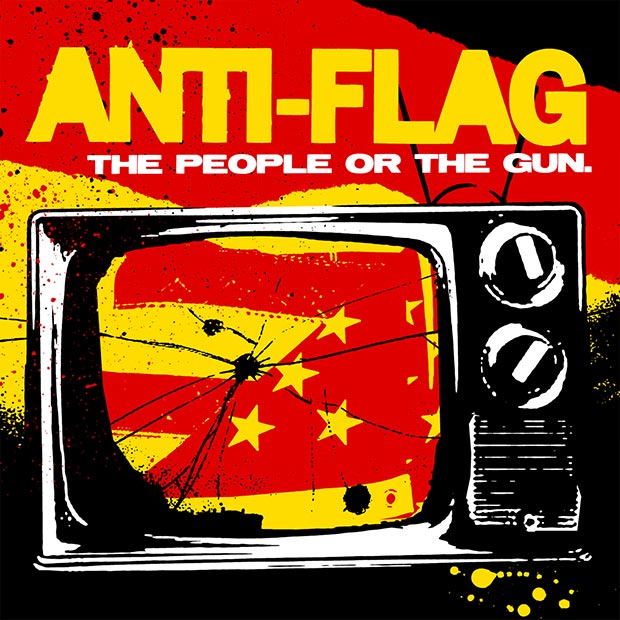 I hadn’t realized how much crap I’ve been listening to on the radio until I popped in this album. Anti-Flag are probably one of the only bands out there that still put out faced-pace records. I was instantly brought back to my high school days where this music was more “cool. Alas, time has passed and Anti-Flag are still around… rocking hard.

This marks the bands first release on SideOneDummy, since ending their two record deal with RCA. This album could be the revival for fans who were disappointed with the band for signing with a major label. But what fans don’t know is that RCA was willing to give them full control, hence only two albums (to be safe on the labels side). Isn’t that what Anti-Flag is about? Having control of your life; they’re not a political band for nothing you know.

The record kicks off with faced paced licks, and lyrics, and although throughout the album it tones down in bits and pieces here and there, retains its pace. From the raw harmonies, to the chants, to the hand claps, this record seems to have it all. Who would have thought the album only took a month to complete!? The riffs are punchy, loud, in your face, and awesome enough to piss off your parents when listening to. The album is truly exciting, as a 7th release should be. Lyric wise, the album is true to Anti-Flag form; it’s political, judicial, religious and and no holds are barred.

What I love about artists like Anti-Flag is that they keep the “buying albums process” fresh. Pre-order this album and you get two free unreleaased bonus tracks (“Bring Down Their Wall” and “A Brief Misunderstanding of the Kings and Queens”). Buy this album and proceeds from the pre-sales go to Amnesty International. Also available is an album bundle from the SideOneDummy Records online store which includes a 4 track EP of unreleased material, a People or the Gun T-Shirt & Poster. Not too shabby at all.

The album will definitely gain new fans and keep the old ones since they are back to a “non sell out” label. And if there is any message to take away from this album, it’s to exercise your right to vote, to get out there and make a positive difference, and to stand up for what you believe in.  [ END ]