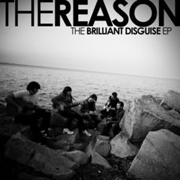 I’m not sure if I’m the majority or minority in preferring The Reason’s more laid-back and pop-oriented offering, 2007’s Things Couldn’t Be Better, to their more aggressive previous offerings. Whichever may be the case, I still find myself drawn back to Things Couldn’t Be Better even two years after its release because of the stripped and simple pop tracks found within. With The Brilliant Disguise EP, the band has whittled down five of those offerings to far more naked acoustic arrangements, accompanied by a cover of The Boss’ “The Brilliant Disguise.”

After spending a healthy amount of time with the release, I’m completely reassured as to my previous assertions of the band’s knack for sticky yet lasting songwriting. In this uber-simplified environment, the listener is treated to a heightening of the elements that make the band so good in the first place. Dynamics, chord progressions, and – perhaps most vividly – Adam White’s phrasing and control are all given a bit more weight thanks to the filtering within these acoustic offerings. This isn’t to say these songs are “better” on the EP than they are fully-dressed; however, we do get to explore them from a new angle, and it’s one that’s also quite flattering of the band’s talents.

Considering The Boss’ success with the “voice + guitar – gimmicks” formula, I think he’d be quite proud of what The Reason have done with “The Brilliant Disguise.” While it’ll depend on whether listeners will accept White’s considerably smoother and more high-pitched vocals sharing the lyrics usually uttered through Springsteen’s whiskey-wilted pipes (I certainly did), I think it’d be hard to take offense with the musical arrangement presented here. Once the cover’s done, the band revisits “This Is Just The Beginning,” which I really did enjoy, although the MIDI-sounding organ tones during the song’s opening are a bit antithetical of the otherwise clean and true instrumental recordings found throughout the album. Still, the halftime outro more than makes up for this tiny aversion.

Luckily, it was only a few shimmering notes into “Unquestionable” that I realized how superbly the song’s main melody translates to the acoustic guitar. Consistent with the EP as a whole, the instruments are gorgeously recorded which really adds to the overall enchantment of these tracks. The ending of the song is extremely climactic, with the band employing a group vocal track and beautifully-layered leads and yet still maintaining that purity in overall tone. Similarly, “Is It Just Me?” is another highlight. White’s harmonies are absolutely stunning, and highlighted by the fact that this is likely the barest of the offerings on the EP.

The final two tracks close out the EP quite nicely, with the previously eerie “If My Tongue Could Talk” taking on an almost alt. country swagger and “I Felt A Song inside Me” employing a beautiful piano accent closer to the end, adding to White’s enticing chorus. Overall, the acoustic environment works wonders on pieces from The Reason’s catalogue, letting aspects of what the band does well come to the forefront of the songs. The EP offers listeners a look at The Reason and their basic songwriting bricks, which as far as I’m concerned, need no disguise.  [ END ]

01. The Brilliant Disguise (Bruce Springsteen Cover)
02. This Is Just The Beginning (Acoustic)
03. Unquestionable (Acoustic)
04. Is It Just Me? (Acoustic)
05. If My Tongue Could Talk (Acoustic)
06. I Felt A Song Inside Me (Acoustic)