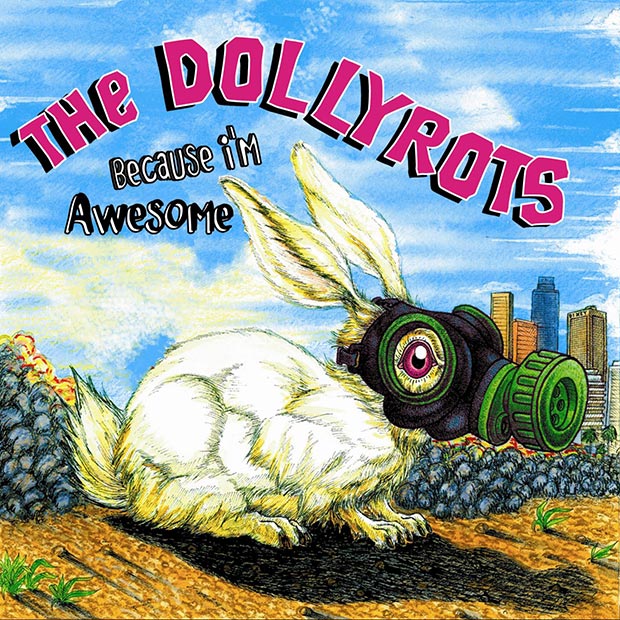 The Dollyrots are a fairly new and youthful pop-punk band which you may have heard without realizing it. The song “Because I’m Awesome” is featured in the Sisterhood of the Traveling Pants 2 and on the hit TV show Ugly Betty. In May they are on tour in Texas and California.

The Dollyrots’ album Because I’m Awesome is full of attitude and great sounding guitars, drums, and some scandalous lyrics. It is very upbeat and full of ego-boosting tunes, especially the title track “Because I’m Awesome.” The guitars and drums are very funky and peppy with varying melodies from song to song. The Dollyrots have a bright and colourful sound, much like the album cover.

Perhaps the Dollyrots’ sound is directed at the younger teenage folk as opposed to the music guru. Because I’m Awesome may be a good album, but the sound seems moldy. It’s not a new or trendy sound like the indie stuff that kids are into these days. Instead, the band sticks to a particular sound that they’re good at and their love for it comes across in the music.

The first time that I heard the album the first thing I thought of was that it sounded like Josie and the Pussycats and the early tunes of Good Charlotte. I like the vocalist‘s attitude which is reminiscent of the spunky Avril Lavigne but her voice sounds a bit generic. Good band, good potential, good album. Good… but bland.