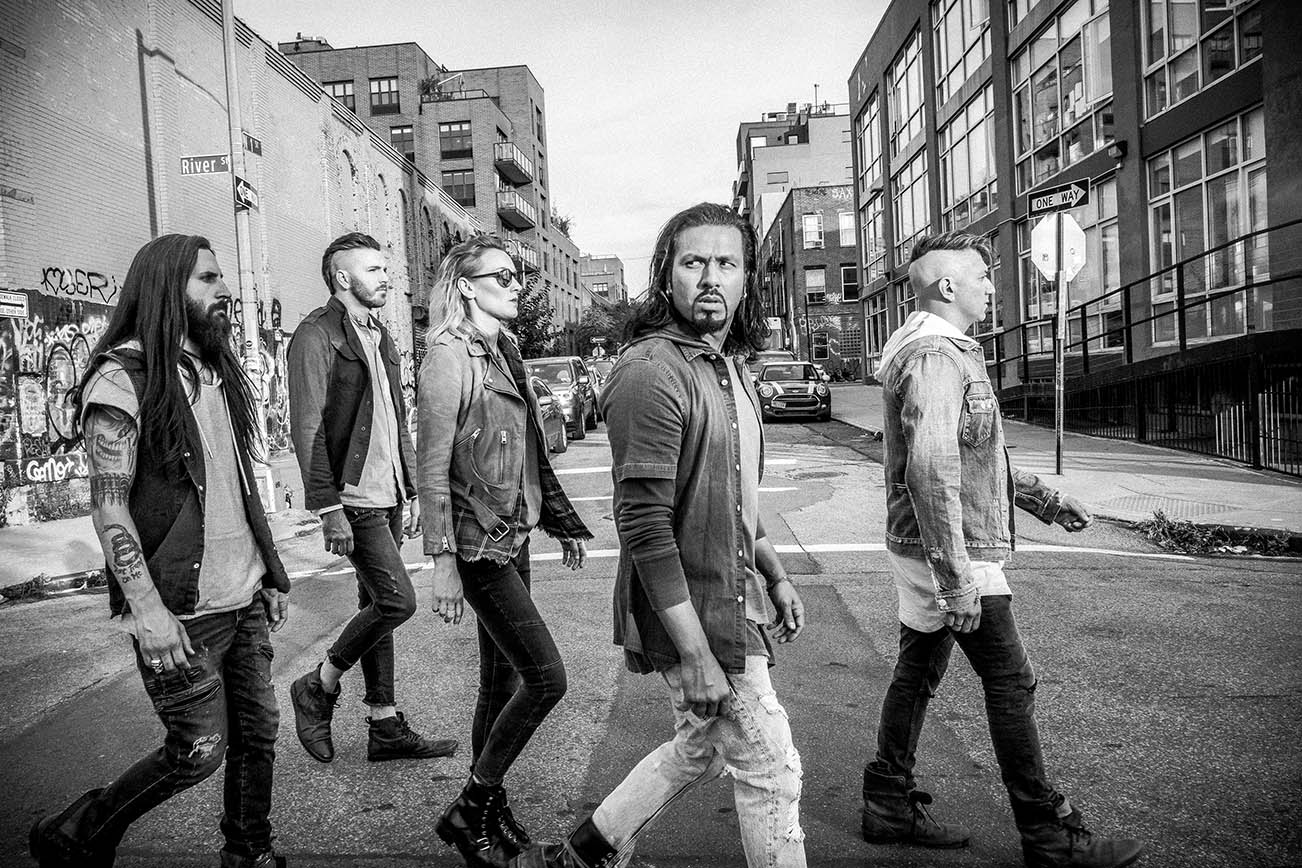 What is the state of Michigan known for? The automotive industry? The best professional hockey team in the world? The focal point of the current U.S. economic recession? It seems that Michigan is notorious for a lot of things, including being one of the rock and roll capitals of the U.S. if not the world. Going back to the 1950s, there has been a consistent flow of top notch musicians coming out of this part of North America. It seems like they’ve done it yet again with none other than the post-grunge five-piece from Grand Rapids known as Pop Evil. In a climate of mediocre rock bands, Pop Evil has been making some serious “noise” (no pun intended) recently, so “loud” that they’re going to be opening up for Judas Priest on a summer 2009 tour.

The band known as Pop Evil has been together now for about eight years. In 2001, lead singer Leigh Kakaty, a lover of both hard rock and rap music, met drummer Dylan Allison through Leigh’s best friend’s roommate. The guys got talking and they soon discovered that not only did they both play music but they also were fans of a lot of the same bands. Leigh and Dylan then found guitarist Dave Grahs who was at the time playing in a local band. Dave accepted an invitation into this new group, which became known as TenFive. TenFive quickly made a name for themselves in the Grand Rapids area, playing anywhere and everywhere they were allowed.

Largely as a result of their burgeoning local popularity, the group now had the money to actually record and release some of their music. Completely financed on their own, the guys recorded a three song EP with producer Al Sutton who had previously done some work with another local by the name of Kid Rock. The EP was given the title Ready or Not and soon became a local hit, largely thanks to some local radio play of the song “Somebody Like You.” With their popularity blossoming in their home area, it was time for Pop Evil to expand their horizons and get the word out through the mid-western U.S. The band toured for two years and remarkably sold roughly twelve thousand copies of their EP out of the back of their touring van.

Although Pop Evil was doing quite well for themselves on their own, it was with the help of local radio station WGRD that the group really caught their break. One of the station’s DJ’s happened to hand a major label representative a demo of the band’s music which found its way into the hands of the owner of the independent label Pazzo Music. Loving what he heard, the owner offered Pop Evil a deal with the Pazzo label and by winter 2007, the band now had a record deal. Add in the addition of guitarist Tony Greve and bassist Matt DiRito to the band and they were certainly becoming a force to be reckoned with.

The result of all of Pop Evil’s years of hard work is their major label debut Lipstick on the Mirror. Since its release in August, 2008, the album has sold extremely well and has produced a number eight single with the song “100 in a 55.” The popularity of Lipstick on the Mirror can be at least partially attributable to tons of touring with the likes of Puddle of Mudd, Theory of a Deadman, P.O.D. and Saliva. A remixed and re-mastered version of the record was just released that features a new song called “Rolling Stone” and an acoustic version of “100 in a 55.” In terms of touring, the band caught another huge break when they were added along with Whitesnake to the Judas Priest thirtieth anniversary North American tour that gets started at the end of July. Pop Evil is definitely a prime example of what perseverance can produce. With rock and roll in such a precarious state of affairs these days, it’s nice to see that there are still some bands with some true talent and integrity.  [ END ]