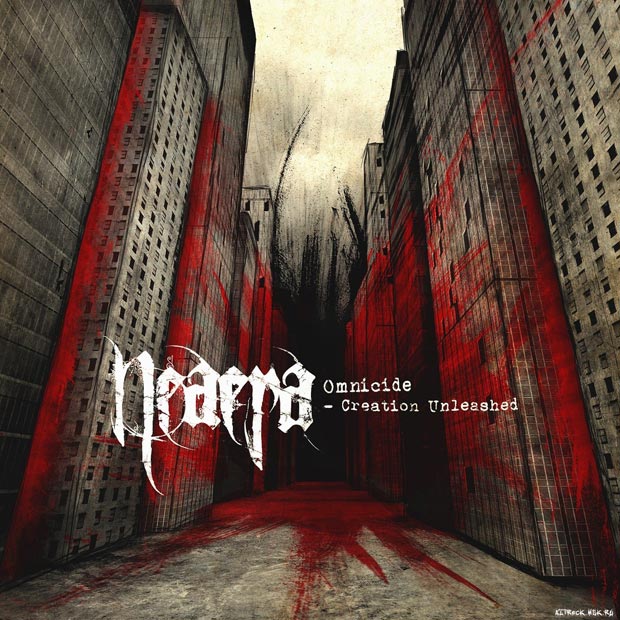 The Death-Metal/Deathcore band Naera are just about to release their newest disc Omnicide – Creation Unleashed and, damn if this is not one heavy-as-hell, fast-as-lightening, balls-to-the-wall CD. When I first began listening to this disc, I was reminded of bands such as Suicide by Silence or With Blood Comes Cleansing. Once the disc got going, I found myself being battered and beaten by a barrage of powerful guitars and drums that at times were so intense it seemed almost unreal.

The trademark sound fans of the band have come to expect is certainly present, but it appears things have been amped up a bit more. This CD is faster, harder and much more brutal, than their previous releases.

The first track “I Loathe” kicks things off and sets the stage for the rest of the disc with a brutal ferocity. Omnicide – Creation Unleashed is muscular, detailed and pissed off; the music is inexorably heavy and full of aggression as well.

On the downside however, I do feel that the brash vocals were a bit too much for my liking and even became a bit irritating at times. Another thing worth noting is that while Neaera is probably going to be a hit with extreme metal heads I did not find anything to differentiate this disc from numerous other releases by bands in the same genre.

Omnicide – Creation Unleashed is not genre defining by any stretch of the means, but it does fit comfortably within the framework of the Death Metal/Death Core umbrella… and if that is your cup of tea, you will absolutely enjoy this. Unfortunately, it is not mine and it really did nothing to get my blood flowing. Nevertheless, fans of the extreme metal scene may want to check this one out. The guys can play; it is powerful, heavy-as-shit and it might be just what you are looking for.  [ END ]