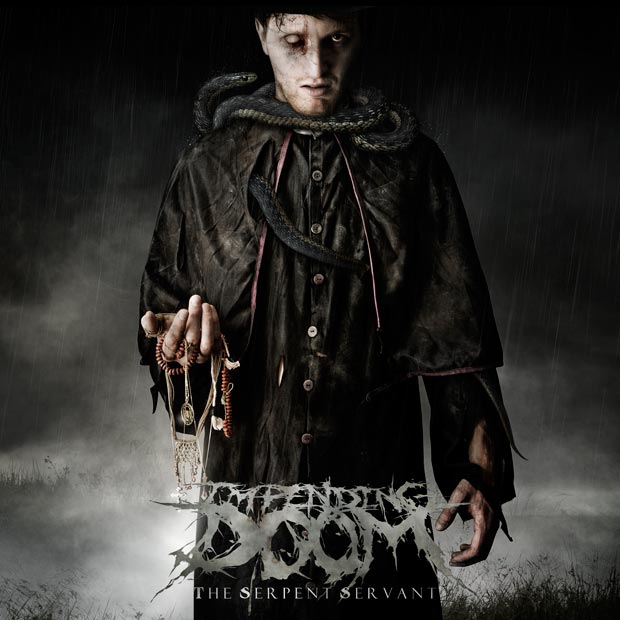 By selling shirts that read: “I hope I scare the HELL out of you” and “Hell should FEAR us all” and by creating the Repentagram (an anti-pentagram), Impending Doom are out to prove they are the heaviest Christian band around. As one might have expected, their latest effort, The Serpent Servant, and follow up from Nailed, Dead, Risen, Impending Doom are set this notion straight.

Overall, the band went a step up with this release: both musically and vocally they have seemingly migrated from a Grindcore/Deathcore to Thrash/Technical/Metalcore group. Though old elements are still there, the change is noticeable. The album is chock full of catchy thrash riffs, crushing breakdowns and booming blast beats.

Some of my favorite jams on this album are “In The House Of Morning”, “Storming The Gates Of Hell” and the melodiously heavy track “Revival: America.” The one downfall is that the album just gets too repetitive; almost all the guitar solos sound similar. The album however, still sends a positive message living up to the promise that they are the heaviest Christian band around.

I would recommend The Serpent Servant to fans of Oceano, Underneath The Gun, and With Blood Comes Cleansing. These guys are heavy as hell and I honestly think the aptly titled band can and will bring some more doom in the future. 7.9 Repentagrams out of 10.  [ END ]