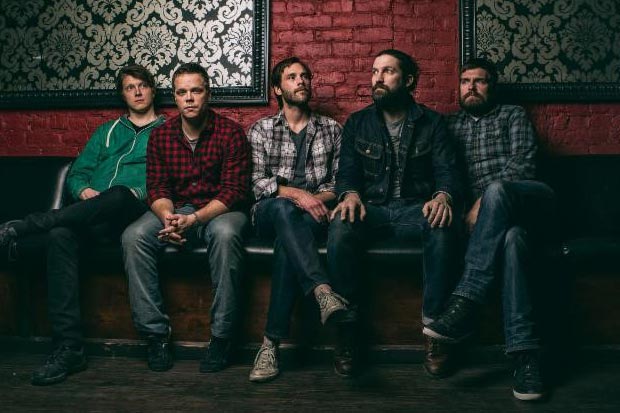 The new album releases on June 2nd, 2009 and is titled In Shallow Seas We Sail. This is their fourth album and it is a perfect example of that which Emery stands for. The single “Cutthroat Collapse” is very heavy and enticing and leaves off perfectly from their last album While Broken Hearts Prevail. I am stoked about this new album and I know you all will enjoy it as well. Recently, I had the opportunity to catch up with drummer Dave Powell and ask some questions about the band and the new album.

What makes this album different than the other three?
Dave: This record is different from the others because we wrote it with the intention of sounding like Emery. On the other records we just wrote whatever, not worrying about what style we necessarily sounded like.

You have a unique sound. What have been your influences over the years?
Dave: Marilyn Manson, Weezer, Queen, Boys 2 Men, Webb Wilder, Foo Fighters.

What do you feel sets you apart from others bands in your genre?
Dave: Hmmm… we like sports and country music.

Helping co-produce the most current record what advantages did you have stylistically over previous albums?
Dave: We had a lot more freedom, but to be honest we have had a lot of freedom on every record.

Being in the business for almost a decade, what advice would you offer aspiring musicians?
Dave: If you’re talented and willing to sacrifice a lot of time, you might have a shot.

You have toured with some big bands, what is the craziest moment to date?
Dave: We were playing in Milwaukee and Mike Shank from American Movie showed up and hung out, that was pretty awesome.

How do you deal with being away from your family and friends while on tour?
Dave: We all are on the phone a lot. There is no easy way to deal with it, we just kind of ride it out.

If you could perform for any person in the world who would it be and why?
Dave: I would choose Marilyn Manson so he would ask me to play drums for his band.

Do you find writing about experiences in your lives makes for better music?
Dave: Most definitely, there is a bigger emotional connection which makes you be more honest and get more originality.

What are your future plans after In Shallow Seas We Sail?
Dave: Probably do some more touring the rest of the year and then head back into the studio.