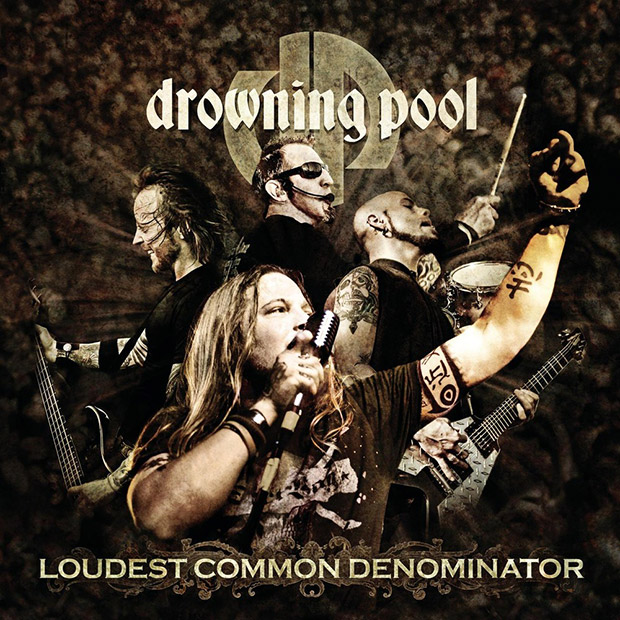 Dallas, TX based band Drowning Pool has had more then their fair share of issues and problems to say the least. instead of listing them all I shall simply say they have persevered like very few others. And with the release of their newest album Loudest Common Denominator, (a live album it should be noted) one begins to concretely realize just why the band has kept rocking and stayed true to themselves, regardless of life’s changes.

From the minute you start playing this record you will feel as if you were literally at the live show, not just hearing a recorded version. The manner in which Ryan McCombs speaks to his fans, let alone sings to them, is totally unbelievable. He seemingly directly connects with each one of his fans and even pays homage to the late Drowning Pool lead singer Dave Williams (RIP). He is truly a great musician and vocalist and his stylings fit with the band’s music eerily well.

With the newer songs especially, one can also hear hints of Grunge; no doubt thanks in large to former SOiL vocalist, Ryan’s influence. They keep their hard rock roots, but definitely swagger with a touch of post-grunge.

This record covers a nice array of both original and new Drowning Pool material. One can even find a couple sick, acoustic demos that are were not recorded live. So aside from the premo-quality live recording, you also end up with two bonus tunes that are pretty, darn good. All in all, whether you are a fan of old or new Drowning Pool, this album is for you. Moreover, even though a live album may oftentimes be a lousy place to begin listening to a group, with this release it is quite the contrary.  [ END ]