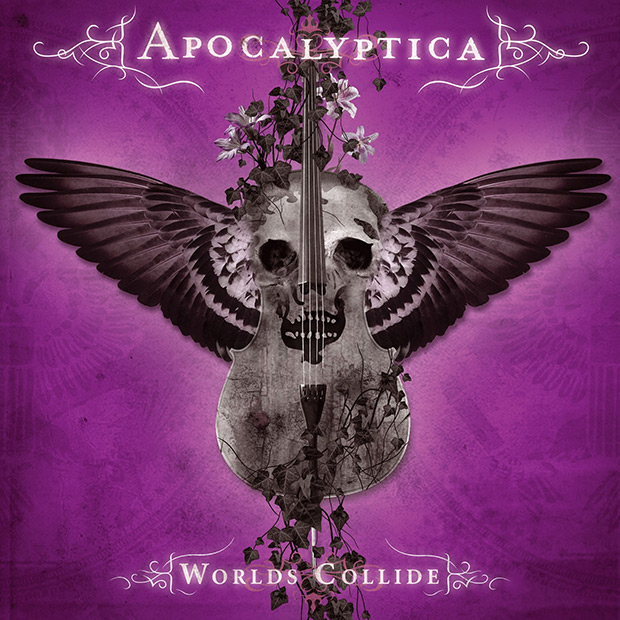 Cello metal is a fairly new and unexplored genre, though Apocalyptica has been spent more than a decade reinventing their sound and moving from simply covering metal songs to creating their own. Unlike their previous albums, in Worlds Collide they steered away from covering songs and demonstrated they could create a unique and aggressive sound solely with cellos and drums. Apocalyptica opted for an even split between instrumental tracks and tracks with guest vocalists. Featured artists have been frequently used on their previous albums and this album is no exception. The vocals of artists such as Adam Gontier of Three Days Grace, Cristina Scabbia of Lacuna Coil, Corey Taylor of Slipknot/Stone Sour, and Till Lindemann of Rammstein complement the dark, ominous sound of the cellos remarkably well.

“Helden”, a cover of David Bowie’s “Heroes”, is one of the most notable songs. Translated into German and sung by Till Lindemann, “Heroes” transforms into a darkly beautiful and inspiring song. The cellos provide a metallic, almost eerie sound while Lindemann’s voice soars over the cellos, giving the song more power and a bit of aggression. The remainder of album carries the same metallic harshness mixed with classical influence. Even on a softer track like “S.O.S (Anything But Love)”, the intensity never fades but instead shows diversity by mixing the gentler, classical sounding cello present during the verses and the electric, metallic cellos bursting with sound during the chorus.

Unfortunately, Worlds Collide, unlike their previous album Amplified which had 2 discs, does not give you the option to listen to the instrumental tracks separately from those with guest vocals. For some, this may seem like a good idea because of the mixture of sounds but to others, guest vocals may become tedious and they will find themselves skipping through those tracks. If you are looking for classically influenced metal with an edge, this album could be for you.  [ END ]