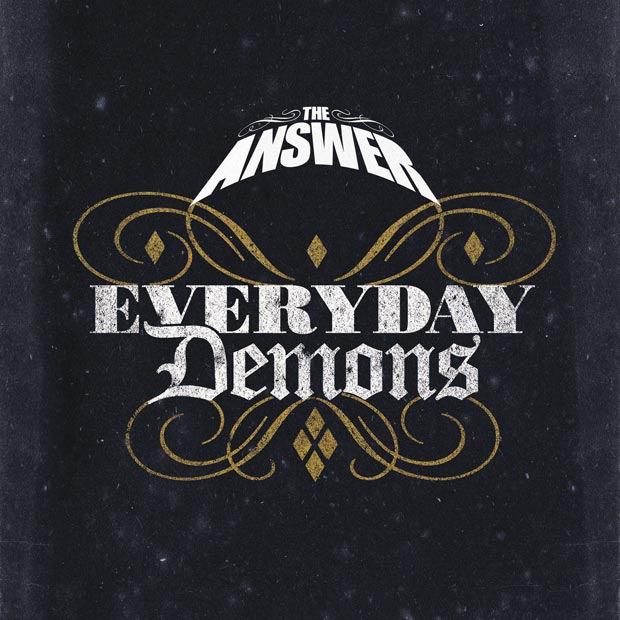 The Answer is an Irish hard rock band that has been around since 2000, who has gained fame from being voted “Best New Band 2005” by Classic Rock magazine. They have gotten noticed even by classic rock band AC/DC; they even have been the opening act for them in both past and current tours.

Their new album Everyday Demons has an old school feel, in fact you may even find yourself thinking of the late 70s and early 80s rock music. They are one of the few bands that sound much like their influences, example for them are AC/DC, The Rolling stones, Aerosmith, and Black Sabbath. They really make music much like those who they inspire to sound like. Something most bands seem to do on albums.

Cormec Neeson who is the lead singer in the band, switches between a high shrill voice to a deeper one on at least 3 of the disc’s songs. The arena rock feel starts from the very first tune and lasts through to last one. At times he sounds much like AC/DC, with a hint of Axl Rose. On a few tracks, you may find an Alice In Chains theme going on, which is a nice change of pace from rest of the album.

The roaring guitars go well with the whole album, making you want to head bang while listening to the driving beats. Tracks 4, 7 and 10 are a fresh and welcomed changed from the rest of the songs. Though they are Irish, the music doesn’t feel Irish at all. Nothing Celtic about the songs at all, instead they feel very mainstream; even if it sounds and feel like mainstream 20 or 30 something years ago instead of today’s mainstream rock.

As you get closer to the end of the album, you might find yourself starting to like it more and more. It takes some time to really listen and absorb the music, as it isn’t something you’ll likely hear on a normal basis. I found myself having to get used to the older feel than most of today’s music, but quickly learned to like it and felt that it was more refreshing than hearing music on the radio.  [ END ]