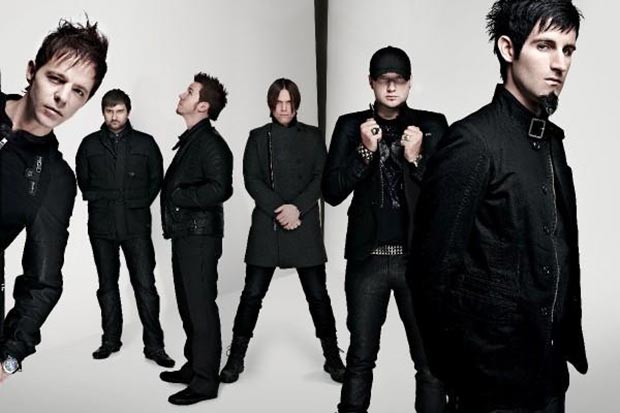 Paul ‘El Hornet’ Harding – Pendulum’s man on the decks – talks to James Hendicott about Drum and Bass revival, musical purism, the Asian electronica scene and Brazilian Death Metal. As a genre, Drum and Bass is fast-paced, edgy, out-of-control, and really doesn’t give a flying breakbeat what you think of it. Which, perhaps, goes a long way to explaining why its biggest superstars are a troop of metal-heads from an off-the-wall cultural backwater. Pendulum’s rise to fame was of the clichéd, meteoric variety: local boys knock out an album and stumble into big time. So big, in fact, that pulsating debut Hold Your Color – an album conceived in a dingy Perth basement – is now the biggest selling DnB album ever made.

Dressed head to toe in black and sporting a straggly Kurt Cobain haircut and limb-sized tattoos, Paul looks more like a rock star than the head-proud jungle DJ that stereotypes have led us to expect. Unsurprising, perhaps, as Pendulum’s roots are almost entirely in metal. Ask him what he’s into, and Paul will wax lyrical about Queens of the Stone Age; punk legends Fugazi; a variety of “sick Brazilian Death Metal” and – his sole concession to dance – “that new blog house rave stuff.” Pendulum’s latest offering reflects this: floor-pounding neo-electronic offering In Silico is as metal-like as an electronic album’s ever been.

Rob, Gareth and Paul were all part of “Hardcore, metal and punk bands” when Pendulum started out. After coming from nowhere to the vertigo-inducing height of undisputable scene kings, a cash-in, Pendulum-by-numbers follow up album must have been a staggering temptation. Instead Pendulum held true to their roots and in In Silico produced a “logical Regression” made for the most genuine of reasons: “we wanted to play our instruments again.” Consolidation, evidently, is just not part of Pendulum’s vocabulary. “We’re the kind of people who do something, and when we’re finished we move on. The next thing is more important” Paul tells us.

True to his word, a few months after In Silico’s release Paul already prefers to talk about the future. For most, however, 2004’s Hold Your Color is still the standout. The debut’s success didn’t come without it’s problems: Drum and Bass Scenesters are still seething over their genre’s new-found, Pendulum-fuelled popularity. Paul is characteristically modest about his band’s impact, quipping “If we had something to do with that, it’s all good. I’m happy.” As for the Scenesters? “Fuck ‘em, we never said we’re a Drum and Bass band. If three guys from Western Australia can crack their scene, surely they can do the same? Whatever, I don’t really care.” And why would he. Pendulum were never about any more than just being themselves. Besides, sticking to one genre is “self-destructive. Music suffers as a result of purist thoughts.”

Purism – or rather a lack of it – is right at the heart of Pendulum’s ethos. Swigging from his breakfast Jack Daniels, Paul tells us proudly how his band have succeeded in bridging the rock and dance scenes: “We’re trying to do these tours, and we can’t think of anyone to take with us, it’s a daily struggle” he jokes. He might be being tongue in cheek, but it’s a serious problem: very few acts have such all-encompassing appeal. There really is no such thing as the average Pendulum fan.

The tours themselves are incessant. Pendulum’s MySpace often lists gigs in two different continents on the same night. Tonight, for example, Paul has just arrived from Bangkok, and the rest of the band are holed up in a dark corner of a students union somewhere in the UK. Thailand has had its inevitable impact: “I must have drunk my own body weight in alcohol in the last twenty four hours”, Paul admits. Normally, however, he’s “like an old man in disguise” on tour. “You have to respect that people have spent money to come and watch you spin records for two hours. You can’t be arrogant about it.”

It certainly shows: whilst Paul refers to the Asian scene on the whole as being “all about local boy bands, something to sing along to”, and adds that “going to see Western DnB DJs is just not on the Agenda”, this doesn’t stop him causing a shape-throwing frenzy in his own performance.

El Hornet is zippy-lipped on where Pendulum are headed next, arguing “Once you hear about it, that’s what it is.” Pendulum’s desire to make just about every style of music under the sun means even the bands future musical direction is far from just a formality. The unpredictability will never grate on Paul, however: “all you have to do is remind yourself you could be in an office wearing a suit.” We may not know what’s coming from the eclectic Australians, then, we can be assured there’ll be plenty of it. “This means so much to me, I don’t want anything to jeopardise it” Paul says. If the alternative is that suit, can anyone really blame him?