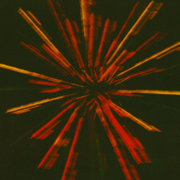 With 2007’s Marriage, Welland, ON’s Attack in Black served up an extremely honest rock record with equal tinges of emotional punk rock and folk music. The digital-only The Curve Of The Earth slowed down the pace and really brought songwriting to the forefront, leaning far more towards the grassroots folk rock than the hints of Hot Water Music and likeminded acts that occupied Marriage and its precursor Windows EP. With three diverse releases under their belts, the question was which dimension of Attack In Black would emerge on Years (By One Thousand Fingertips). While I would’ve loved a hybrid of the band’s earlier work, what we get is a lot closer to the sound of TCOTE, and I’m okay with that.

This album finds the band exploring a stripped-down sound, with hints of current indie stalwarts like The Decemberists and even fellow canucks The Weakerthans. Tracks like “Moon of Day” or “Birmingham” are at their core very pleasant indie rock tracks, with throwbacks to ’70s rock in the vein of Neil Young’s folk rock offerings. Quite often, the band will take full advantage of the simple-but-effective chord progressions to craft very tasteful lead guitar phrasing. The title track, for example, has a pastoral melody over which a great little guitar hook is employed to accompany Dan Romano’s narrative.

Much like crunching into a plain potato chip and savoring that simple flavor we so often take for granted, Attack In Black has served up a very simple rock album with little polish or flash that really lets the listener savor what’s offered. The album, perhaps a bit long with 16 tracks clocking in at just under an hour, does a good job at avoiding a monotonous overall tone, especially with tricks like a Julian Casablancas-like vocal effect employed in “Leaving Your Death in a Flowerbed,” one of the album’s standouts. The band can still rock, as I’d imagine a track like “Liberties” could fool a first-time concertgoer into believing it was written back in 2006, and the addition of horns on certain tracks doesn’t hurt anything at all.

I’m not sure there’s a “radio single” on here like we saw with Marriage‘s “Young Leaves” (though “Beasts” occupies that role on paper) Instead, I think Attack In Black set out here to write an album for the sake of writing an album – a collection of songs that tell a story or create a mood in both their presentation and arrangement. Years… is a delightful listen, and while I would’ve loved to have heard some of the leftover angst from earlier output, I’m quite content with a straight-up, honest rock record that doesn’t hide behind anything.  [ END ]