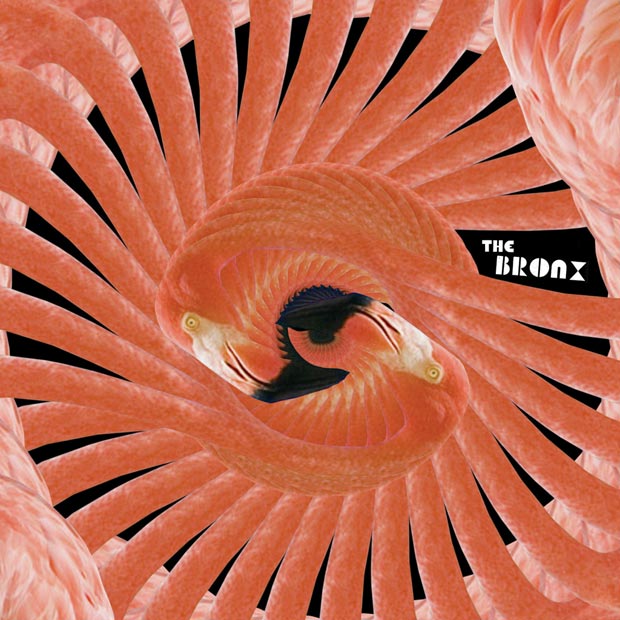 Garage punk with a hardcore groove? I think that’s the best I’m going to do at shallowly pinning down the overall sound of this record – or any other full-length from The Bronx thus far, for that matter. The Bronx has always done well by combining the swagger of good punk rock with some of the gutsier vocals and bridges from straight-up hardcore and driving guitar riffs from decades-old rock ‘n roll. This record is no exception. Matty Caughthran’s got one of the biggest voices in punk rock, as both his fans and peers will certainly attest. He puts it to good use throughout this record, maintaining the all-too-important balance between melodic and mean.

“Knifeman” opens the record with some bounce-around riffage that the band could’ve easily borrowed from Queens of the Stone Age, only to bring in a growling, howling Caughthran that sings through one of the album’s better cuts, leading the song from the barroom punk verses through to a White Stripes-on-crack chorus. “Spanish Handshake” carries a similar shine to “Knifeman,” while “Minutes In Night” carries a bit more classic rock influence than we’ve seen on other Bronx releases. Oddly, the omega track “Digital Leash” finds the band at its most ferocious, blazing through a Gallows-esque burner with some spite to spare.

The Bronx borrows the meaty, fuzzy riffs from ‘80s rock releases and manages to inject enough attitude into them (mostly through the aforementioned vocals) to create that kick-started punk they’ve consistently delivered since their debut. The record is void of any real flaws, so long as you can get behind what the band is doing. If you can’t, you’re out of luck, because at the core, The Bronx is a one-trick pony with a very good trick.