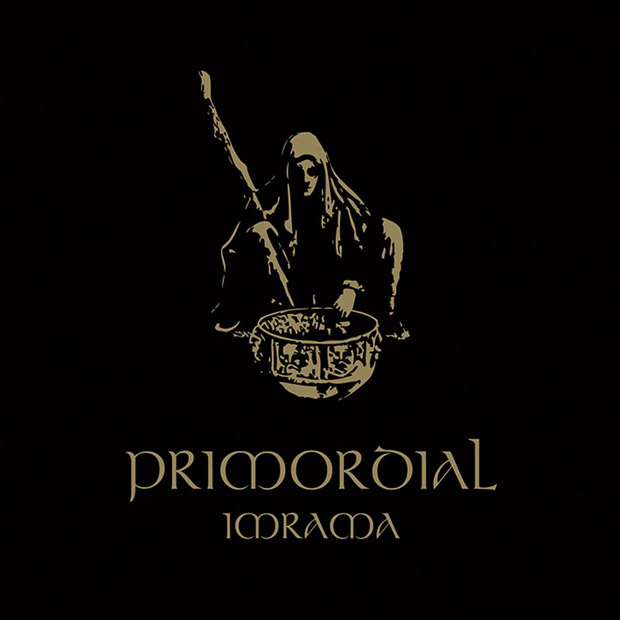 The Irish Black Metal band Primordial will be re-releasing Imrama on March 31st via Metal Blade Records. Imrama is a scorching offering that highlights the band at the top of their form. Slow burning tunes combined with dissonant, frightful and at times portentous sounds mixed with pure metallic might and high-pitched shrieks, screams and snarls boasts a final result being one hell of a Black Metal record.

I have not always been a fan of this genre mainly from lack of understanding the basic philosophy and musical approach behind what these musicians are doing. That has changed in the recent past and I have come to understand and better appreciate this extremely underground genre. With that being said, I feel this is a very good release.

The tune that caught my attention as being the most interesting and by far the most enjoyable is “Here I am King.” This song is a heavy as hell onslaught but one that is a bit slower in tempo and features some killer guitar lines. Other tunes that are worth mentioning are “Beneath A Bronze Sky” and “Let The Sun Set On Life Forever” both of which are well written and representative of the genre.

As is the case with many Black Metal releases the production is not the greatest, in fact it is quite the opposite. A crowded cacophony of instrumentation and shrieks assaults the listener at every turn, but in this case, I feel it is done in a tasteful way.

Black Metal may not be my favorite genre of music to listen to but I believe Primordial stays true to their roots on Imrama. And by polishing up and reissuing such an awesome record, fans of the band and the scene will absolutely enjoy listening to it.  [ END ]