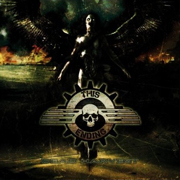 Steeped in the traditions of the Swedish and Germanic Death Metal bands, Metal Blade recording artists, This Ending, will be releasing their howling new CD Dead Harvest on February 3rd, 2009. This Ending can best be described as a semi-progressive melodic death metal band. The band effectively melds technical wizardry with death metal sensibilities creating a very punishing yet extremely listenable record. The production is incredibly pristine with a thick guitar tone, a healthy audible bass and drums that sound massive but are not overpowering.

The first track on the CD, “Trace Of Sin” as well as “Tools Of Demise” are great examples of this combination with phenomenal lead breaks woven right over the top of brutal punishing death metal. The rest of the tunes on this disc follow suit; they are all driving, punishing and technically adept. An abundance of blast beats, sinister musical passages and throat-ripping vocals are staples on this must listen to disc.

The tracks that stood out the most to me are “Parasites” and “Tools Of Demise” both of which are kick ass tunes that beg to be listened to repeatedly.
I was also quite fond of the last track on the disc, “The Asylum,“ which is not only heavy as hell but also features some great melodic passages throughout.

Bottom line Dead Harvest should be a favorite for the scores of Death Metal fans out there.  [ END ]