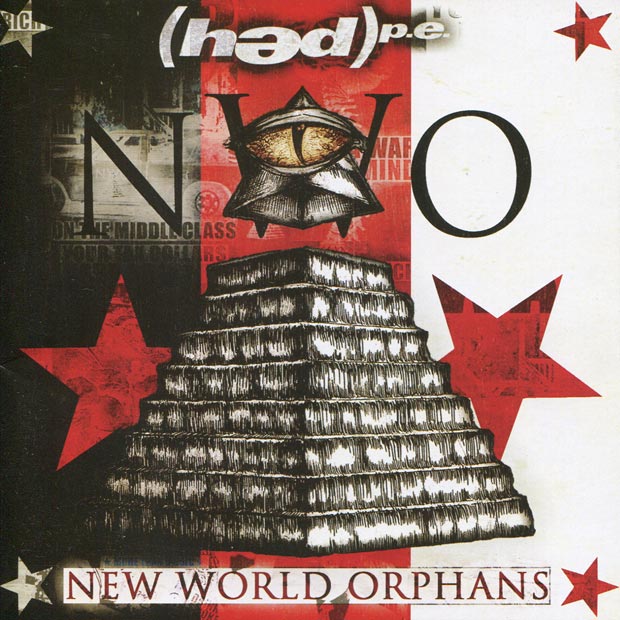 (hed) p.e. is about to release their seventh studio album entitled New World Orphans. Staying true to their roots this unequivocally original band is back with their trademark mixture of hip-hop, reggae, punk and heavy metal. Most every track on the disc seamlessly fuses all of these genres into top notch tunes that demand to be played loud… very loud.

As was the case on the previous (hed) p.e. albums the themes on New World Orphans all center around the idea that we have been knowingly suppressed by those we thought would defend us. In addition, our country has been entertained and kept in a state of ignorance to our real existence. Pretty much the message of the band is that our freedom as Americans is being stolen from us while we keep ourselves blissfully entertained and ignorant to our surroundings. Mixed in with this ideology is the idea a reptilian race has overtaken the United States and is in control behind the scenes.

Heavy shit indeed, but luckily, for those of us who would prefer to listen to music for the sole reason of rocking out, this record works on numerous levels. Musically it is quite good. Lots of really good guitar playing and (for lack of a better word to describe it) lots of Rap-Metal moments that I feel really work. Some of the tracks that stand out as exceptional are “Stay Ready,” “Renegade” and “Planet X,” all of which successfully meld the abovementioned genres making for very good, somewhat avant-garde tunes.

On the downside there are numerous spoken word narratives interspersed throughout the disc that, while short in length, come off as too preachy for my tastes. One of these tracks is called “A Soldiers Intro” and it speaks about 9/11 being a lie. Another example is “Nibiru Intro” a narrative that speaks about an upcoming collision with Planet X.

Bottom line, even if you cannot identify or even relate to the overtly often-preachy messages and themes of this record this is still a good disc and should be a welcome addition to fans of the band or any fan of non-mainstream hard rock.  [ END ]