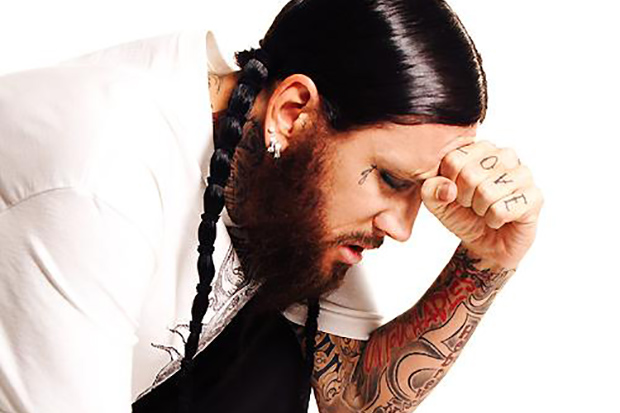 In 2005 to the surprise and dismay of many metal fans around the world, Brian “Head” Welch resigned his position as the guitarist for the multi-platinum, Grammy Award winning band Korn in order to spend more time with his daughter and his new passion, a relationship with Christ. Many in the metal community were stunned and could not understand the thought process behind exiting from one of the most popular bands of the time. Upon leaving Korn, Welch traveled to India where he immersed himself in the helping of those in need, which eventually led to the establishment of the Head House, an orphanage that provides housing, food, and education to some 200 orphans in the most unreachable parts of India.

In 2007 Welch released his an autobiography entitled Save Me From Myself, a harrowing chronicle into the dark world of drugs and alcohol that he inhabited at the height of his fame with Korn, and his eventual transformation with the help of God. Fast forward to 2008 and Welch is back and in full effect. His newest CD, Save Me From Myself was released earlier in 2008 and like the book, chronicles his experiences being addicted to drugs and alcohol. The first single “Flush” is heavy, melodic, and aggressive, with an unbelievably catchy hook that will grab you from the very beginning. I recently had a chance to ask Welch some questions about his new record, his passion for God and his desire to help others.

Your brand new CD titled, Save Me From Myself was released on September 9th, 2008 now that it is complete how do you feel about it? Are you satisfied with the outcome?
Brian: I am very happy with the way it sounds and people seem to be digging it so I am stoked!

Give us some insight into the record Save Me From Myself and the meaning behind its title?
Brian: It reminds me of how I was killing myself with drugs and how bad I needed help when I was in my worst spot.

You keep things interesting thematically. Can you talk about some of the subjects you tackle on this record?
Brian: Drug addiction and getting free from it – Leaving Korn – Finding Christ – Religion vs. Relationship w/God – Child Abuse.

I realize your message is not necessarily about any religion in particular, rather you offer a message about a personal one-on-one relationship with someone who is a real live part of your life. That being said, do you consider yourself a Missionary or a Teacher of sorts?
Brian: I consider myself a lucky dude that got saved from death. But yes, I want to teach people that religion is man made, but a relationship is what God really wants with everyone.

How much overt spirituality do you put in your songs?
Brian: I don’t know, I just pour my heart out and whatever comes out in song comes out.

Do you consider your Christianity an integral part of what you do?
Brian: Yeah, Christ is my whole life now. But I try not to shove things down people’s throats. I just like to tell personal stories; that’s all.

Life out on the road can be very difficult. What keeps you going on those long drawn out tours? Do you find it difficult to maintain your faith while out on the road?
Brian: I’m still human. I have good days and bad days just like everyone else, but nothing can take away the faith that I have now.

Do you believe that God still does miracles today?
Brian: For sure! He did a miracle in my life. One day I was an alcoholic and meth junkie, the next day I didn’t want to do it anymore. That’s a miracle because I was never able to quit before I asked God for help.

Has there been much backlash from the Metal community or do you find them accepting of what you are tying to do? What about backlash from the religious community?
Brian: No, it’s all pretty cool in the metal community I think. My music isn’t preachy. It’s still heavy and rocking’ like my previous stuff in Korn. Religious people can get a little mean though, but I forgive them because they are set in their ways and they cannot help it.

I have seen the first video from the CD for “Flush” and it is quite amazing and disturbing at the same time. Do you ever consider that the music or videos might be too dark?
Brian: At first, I did, but it tells the story of what I went through, so I am good with it.

Do you think you are getting the message through to your fans? Do you have any inspirational stories from fans who have responded to your message?
Brian: Yeah, a lot of people have told me how my story has inspired them to quit drugs or whatever. And a few people told me I saved their lives, so that is all good with me.

Over the last few years, you have been very involved in philanthropic work in remote areas of India. How has the creation of the Head House changed your life? How has it changed the lives of its residence? Do you have a good example of a life that has benefited from the services provided?
Brian: It made me feel very blessed to live in the USA, after that eye-opening trip to India. While we were there, we went into a Headhunter’s village to try to offer some help, and since we were there, a school was built for their kids and crime has dropped 90%.