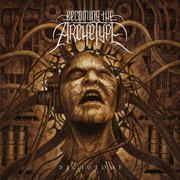 A lot of bands make an amazing CD that has amazing songs then spend months trying to top what they accomplished in the past. Oftentimes we see these bands fail to do so as they either end up with mere clones of what they already did or end up going a completely different route with their style.

Well the big question then is, did the 4 piece Becoming The Archetype’s Dichotomy top Terminate The Damnation and/or The Physics Of Fire? Yes they did!

Dichotomy is simply one amazing song after another. Starting off with “Mountain Of Souls” just an amazingly catchy track, the CD just takes off from there. You’re greeted with clean, almost Killswitch Engage-like singing, piano, acoustic melodies, crushing vocals and guitars all of which within a mere 5 minutes just shows how much talent this band has.

The title track “Dichotomy” and has a nice keyboard melody similar to “All Dark Graves” by The Faceless. Catchy as well, this tune also offers guest vocals from Ryan of the band Demon Hunter. The disc keeps rolling with one catchy tune after another and while “Artificial Immortality” has a face-crushing breakdown it’s not all face-crushing! The band also has a beautiful instrumental acoustic song called “St. Anne’s Lullaby” that is very new age. Moreover, “Ransom” amazes me as it just ranges in so many styles. What starts off very medieval-like then goes into a classic metal guitar solo which in turn goes into a “Knights Of The Abyss” style breakdown.

Alright I can probably right a paragraph explaining why every song is amazing, but I won’t. This is by far the best album I have heard in 2009, and for a man who works for a radio station and gets about 50 CDs a week, that is saying a lot. Becoming The Archetype have set the bar once again for all types of metal. No matter what style of metal you are into Becoming The Archetype will empress you. 10 “Metal Claws” in the air out of 10.  [ END ]