Everclear is a rock band formed in Portland, Oregon in 1992 best known for their radio hits spanning more than a decade. For most of its existence, Everclear consisted of Art Alexakis (vocals and guitar), Craig Montoya (bass guitar and vocals), and Greg Eklund (drums, percussion, vocals). Eklund replaced original drummer Scott Cuthbert in 1994.

Montoya and Eklund departed the band in 2003, but Alexakis continued the band with Dave “Davey” French (rhythm guitar), Josh Crawley (keyboards), Sam Hudson (bass guitar), and Tommy Stewart (drums, percussion). However all members except for Alexakis left the band in July 2009 to be replaced with a 4th lineup of Everclear. In August 2008 former Godsmack and Fuel drummer Tommy Stewart replaced Brett Snyder on drums. While guest hosting on Sirius radio station 24, Lithium, Art Alexakis debut on August 28, Alexakis debuted “Jesus Was a Democrat”. The song can be downloaded for free just above! 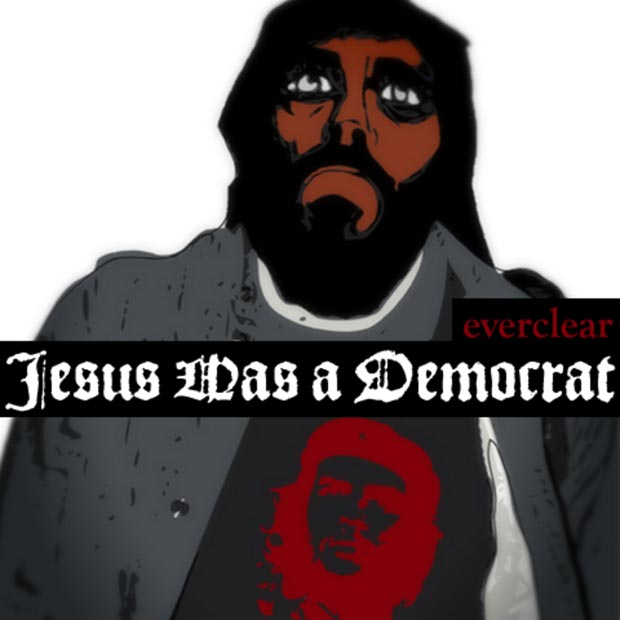