Orange Goblin, previously Our Haunted Kingdom, are a heavy metal band from the United Kingdom that formed in 1995. The band’s lineup currently consists of singer Ben Ward, guitarist Joe Hoare, bassist Martyn Millard, and drummer Chris Turner. Orange Goblin was originally formed in 1995 under the name Our Haunted Kingdom. They released a split 7″ with Electric Wizard in 1996 on Rise Above Records before adopting the moniker Orange Goblin. The band’s first three albums were stoner/doom. On 2002’s Coup de Grace they began to add punk, doom metal, and other influences to their sound.

March 2010, a statement was issued by the band stating that while they were not necessarily never going to release a new album ever again, the prospective forthcoming album was to be postponed for the foreseeable future. The band announced they will be recording new material in August 2011. This recording was indeed completed in September 2011 and is set to be released early in February 2012 under the name of A Eulogy for the Damned by Candlelight Records. Source is Wikipedia. 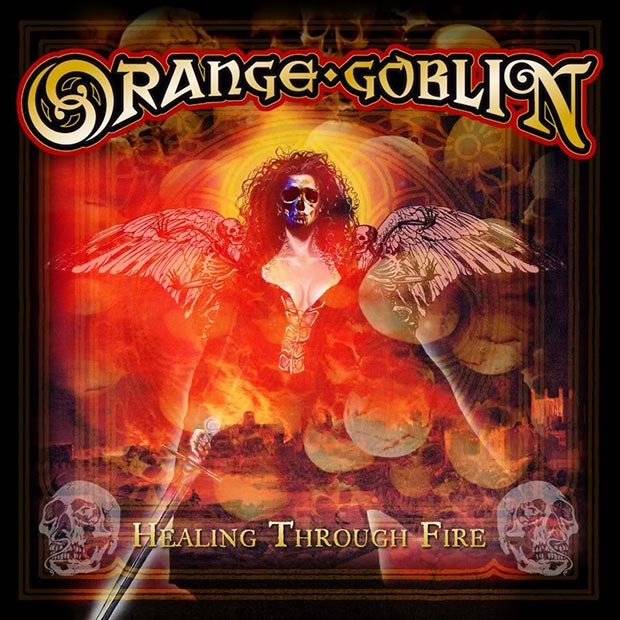