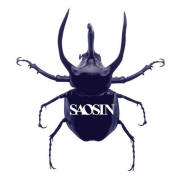 I’ve loved this band since I got my hands on their first EP around five years ago. Somehow they’ve managed to keep my interest all these years, despite replacing an incredible singer (Anthony Green) with a not-so incredible one (Cove Reber), as well as releasing very little new material other than a few covers, acoustic tracks, and lousy b-sides. Needless to say, I’ve been waiting for this full-length debut for a while, so hopefully this review isn’t skewed with bias.

The first two tracks on this album blew me away. “It’s Far Better to Learn” and the re-recorded “Sleepers” are incredibly energetic, and seem very sincere with some extremely tight songwriting. However, it is quite clear that this is not the same band that released Translating the Name. This album is saturated in overproduction, so much so that it often drowns out what could be magical raw energy. Gone are the vocal explorations (probably because Reber’s relies on the auto-tune feature on ProTools) and ferocious bursts of double-kick wizardry from the drum kit.

The band’s new sound works for about half of the album, where tight musicianship, good songwriting, and some obvious passion can shine through layers upon layers of terrible production. That said, half of this album is not nearly as good as I’d expect from this band. While there’s nothing here that makes me cringe, I still feel that Saosin have lost some conviction. Despite the terrible production that, at times, dilutes the album’s potential, there’s still enough gold here to warrant a purchase from any fan of this type of music who’s been depressed ever since Taking Back Sunday stopped being good after Tell All Your Friends.  [ END ]