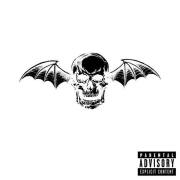 Since 1999, Avenged Sevenfold has been changing the face of metalcore with every song they’ve released; though many people will argue that they, in fact, are not a metalcore band, they are. With every album the band has tossed out, the style has changed dramatically: going from being heavy with lots of screaming to releasing City of Evil, which had no screaming. The band themselves stated that this album will change what most people think about A7X. We’re about to find out.

The opening track on Avenged Sevenfold is titled “Critical Acclaim”. The intro uses a pipe organ, which really displays the band’s fondness for Christianity. With the inclusion of the pipe organ, you would assume that the main lyrical content would be somewhat religious; though, if you assumed such a thing you’d be very wrong. The main point of the song is how corrupt society is, and if you screw up, everyone will point out your mistakes and laugh at you. The instrumentation style throughout the track is very similar to the style used throughout City of Evil, so there aren’t many surprises there.

“Brompton Cocktail” is one of the more unique tracks on the album. The instrumentation from Waking the Fallen and Sounding the Seventh Trumpet is combined with the vocal style from City of Evil, creating an ultimately different tune.

To be honest, I was disappointed with this album. The band didn’t use many new themes or styles. All they really did was use different techniques from previous albums.  [ END ]