Even though they seem to love to constantly fight with one another, there seems to be a certain chemistry among brothers when it comes to starting rock and roll bands. We saw it way back in the day with AC/DC before following to other popular acts such as Stone Temple Pilots, Oasis and Chevelle. And while they may not have yet reached the popularity of these previously mentioned acts, another brother led band named Bobaflex has been continuing a steady rise to stardom. Over the course of the last couple of years, this five-piece, West Virginian band has been working in the studio and touring diligently to get their music out to as many people as possible. So far the results have been favorable; with a growing fan base and a brand new sophomore album titled Tails From Dirt Town.

The foundation of Bobaflex as a band began nearly ten years ago and ultimately rests on the shoulders of the McCoy brothers Shaun and Martin. While Shaun and Martin may be making the McCoy name famous for musical reasons, the family is actually legendary in the United States north-west for being one part of the most infamous family feud in American history. For those of you who aren’t U.S. history buffs, the McCoy and Hatfield feud occurred in the 1880s and nearly provoked a war between the states of West Virginia and Kentucky. Staying true to their strong American roots, the McCoys set out to form a rock band around 1998. Growing up in a rural, more slowly paced environment drove the brothers to look for an outlet to curb their boredom which they found in music. Upon forming, Bobaflex they began playing a lot of shows locally, as well as the nearby states of Ohio and Kentucky. This is ultimately where the band’s following started to form and the guys started to become a sort of mouthpiece for kids stuck in the boring country lifestyle. Soon, Bobaflex became something of a local phenomenon, so much so that the band was routinely playing shows to thousands without even having a record deal.

Despite the group’s local success, Bobaflex was still not widely known outside of their locality until the guys caught a big break in summer 2005. To coincide with the band’s late summer release of their debut disc Apologize For Nothing, Bobaflex was asked to be apart of Gigantour, a summer heavy metal touring festival headed by Megadeth. The opening slot that the band secured on this tour would prove to be extremely important to their success as it got their music out to a whole bunch of people who otherwise would probably not have caught on to it. At this point it seemed like Bobaflex was going to be one of metal’s most popular new bands but while on Gigantour, the group’s van was robbed for twenty thousand dollars worth of musical gear. This tragic event made the McCoys seriously consider permanently pulling the plug on the band but rather than give up, the guys soldiered on and played a number of benefit gigs to raise money for new gear and the band was back on its feet.

Bobaflex’s perseverance has certainly paid off with the release of their sophomore album Tails From Dirt Town. Though not exactly a concept record, Tails From Dirt Town can be taken as a statement towards working class culture and southern, blue collar values. The album deals with the livelihood of the small town lifestyle and the choices that young people in these areas are faced with today. A general theme of struggling and triumphing resonates throughout Tails From Dirt Town, something that Bobaflex was forced to endure with the unfortunate events that occurred while on Gigantour. On the musical side of things, Tails From Dirt Town is a throwback to the band’s roots. The group wanted to incorporate more melody and harmonies into their sound to better reflect the influence of bands such as Guns N Roses and Motley Crue which the McCoys grew up listening to. Since its release, Tails From Dirt Town has been very well received and Bobaflex’s popularity is definitely on the rise. In hindsight, the McCoy brothers and their band have overcome all the adversity that they were faced with. Let’s hope this band continues to excel and overcome in the future.  [ END ] 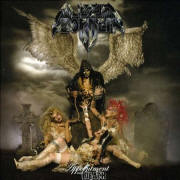 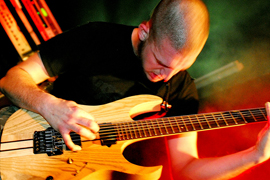