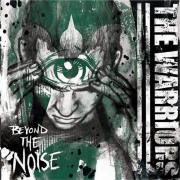 Hardcore is a genre which is being more and more diluted daily, losing touch with it’s original roots. Hardcore used to be faster, louder punk, and the band, and thankfully The Warriors are bringing the original hardcore back! From California, an amazing place to start a band, this group has been kicking out tracks since 2003. The band consists of Marshall Lichtenwaklt (vocals), Danny Phillips (guitar), Javier Zarate (guitar), Mike Pricendorfer (bass), and Donny Phillips (drums).

The album opens up with “Dice Game.” Marshall’s vocal style sounds similar to the vocal style of Zack de la Rocha formerly of Rage Against The Machine. With the harsh attitude his vocals are putting out, “Hardcore” would be an understatement. This track rips with an intensity that needs to be heard!

“To Finally Feel” is fifth up on the album and I rather enjoyed this track. The instrumental is somewhat heavy, and catchy to listen to. But the timing is unbelievable and I found it amazing how in-sink the band is with each other. Loud aggressive music is one thing, but when it’s cohesive it’s something entirely different.

Tenth up on the album is “Re-Vital-Eyes.” The instrumental to this track is fucking insane! I can’t imagine how long it took the band to perfect this track. The riffs get kind of complicated, but sound amazing al the way through. If I were to see The Warriors live, this would have to be the track I would look forward to most. Mosh-pitters beware! This one will incite riots!

Overall, this album was sick! The band kicked ass, and the vocals really brought the hardcore perspective back. Who knows what could happen, maybe a wave of real hardcore will start up again… just from this one spectacular band. I give this album an 8.3/10.  [ END ]