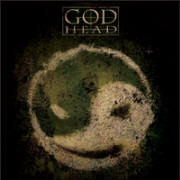 Godhead are back in 2006 with their fifth full length album The Shadow Line. Now in my opinion, this is by far their best album to date. The CD came with a DVD that includes a music video for the band’s first single, “Trapped in Your Lies”, interviews with the singers of Disturbed and Static-X (David Draiman and Wayne Static to be exact), an interview with former Evanescence guitarist Ben Moody, an interview with Andy Dick, and two other music videos for the songs, “The Hate In Me” and “Far Too Long” off the band’s previous album, Evolver.

This is the band that brought you glamorous goth/rock sounding music starting all the way back in the late 90’s and managed to play with all kinds of bands over the years. But this new CD is simply amazing and I can say that even though they have always had a weird sound, Godhead finally has it down to a noise they can call their own. The Shadow Line is filled with guitar driven melody and choruses. Songs such as “Push” & “Goodbye” will have you singing along so quickly, because they’re very catchy… well they are all catchy on this album, but these ones really stick out.

Fans of Ministry, Nine Inch Nails, KMFDM, Manson, and Switchblade Symphony will love this band. Godhead rock a similar style of music and no matter if it’s hard or soft you understand the type of feel these bands emote. Godhead hails from Washington D.C. and the bottom line is that after a brief lull, they are striking back with this awesome album! Anyone who likes any of the bands I just listed should check these guys out… you probably won’t be disappointed!

The overall sound of this CD is amazing; the drums are perfect and very dead on, the guitar tracks are tight as well with such a wild drive behind them that it makes you want to just riff around all day… if you’re a guitar player. The bass lines are so fantastic they’re almost a bit too melodic at some parts, but that being said, I mean in a good way.

Additionally, if they didn’t have this bass player rockin’ the low-end, the band might not sound the same in the “thickness” department. Last but not least, the vocals are simply just amazing! The voice on this guy is something you don’t hear everyday. His vocal chords are his gift form God; this guy can sing like no other. All this being said, all I can say is, check out this band’s new CD The Shadow Line, because Godhead is here to stay!  [ END ]