Amon Amarth is one of the most underrated bands in the Metal music industry today. Every CD that they release seems to be nothing but amazing. That being said, if you put these guys up with any other metal band, they would more then prove themselves on the stage… they would probably own the other band they are playing with. I’m very blunt about this, because these guys are more then amazingly good and don’t nearly get the credit that they deserve. They should be on tour 24/7 with bands like In Flames and such.

This is a review is somewhat nostalgic to me and is about a band that I remember hearing a few years back in an old friend’s car. Admittedly I did not like them too much at that time, but after I heard this new CD, With Oden on Our Side, I almost feel in love with the musical talent that they have. This is a band that is heavy as fuck, yet has very melodic harmonies. I love that; it’s how melodic metalcore should be!

The voice of Johan Hegg is so deep, yet very understandable; that’s what makes a heavy band stick out to me more then anything. This band is almost like a mix of Melodic Metalcore and Viking Metal. I know that probably sounds funny, but give it a listen and you will see for yourself how serious this band is. They are super tight and remain perfectly in sync with each other.

This band has received way less than enough attention based on their previous few albums (even though they were damn decent), albums like the Fate of Norns and Versus the World to name a few. With this release this will change! Amon Amarth is now playing music that has that melodic touch and With Oden on Our Side ought to fair the best out of their library. I think every metal fan should give this disc a chance, because it will prove to you that you can mix different music together and get an amazing sound.

Overall this is a great; a very strong one at that. Like I said before, it’s way more on the melodic side of things but overall it’s amazing. The drums are very deep and crisp, and pace-wise they are all over the place. The bass is very booming with a tight punch and mixing that with the guitars is the best part. That’s when this band shows who they are and that’s nothing but an impressive talent.

The guitars stick out so much because they are the only thing making high notes during the tracks. My favorite song is track 7, “Cry of the Black Birds.” It’s very catchy and the riffs they have in it (and the drum patterns) rule! All in all I give this CD 8 out of 10.  [ END ] 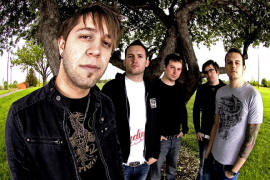 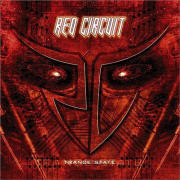