Formed in 2003, The Red Jumpsuit Apparatus are a band from Middleburg, Florida, with an average age of 21. Releasing what is their debut album Don’t You Fake It, an indication of their style and popularity can be found from their place on America’s Warped Tour, alongside the likes of AFI, NOFX, and Less Than Jake. To a high-octane tempo, “In Fate’s Hands” opens the record in punk-rock fashion, complete with ferocious chanting that should see it become favourable with college students.

Don’t spend too my time trying to decipher some hidden meaning about the strange combination of words in the band’s name; according to Ronnie Winters, it means absolutely nothing. “I think it’s funny when bands scramble their brains and try and come up with some unique, untouchable band name.” Elias Reidy explains the importance should be placed on the music instead.

Don’t Your Fake It is packed full of energy the whole way through. This is probably the catchiest band I have heard all year. This band does not suck balls by any means, I myself am a metal lover and this is far from metal but I love it. I could actually see myself playing in a band like this. Don’t Your Fake It has eleven kick ass songs and none of these songs lack anything whatsoever. I think this band is going to get noticed really fast by the media, I also think they are gonna get a lot of radio play once this amazing record hits the shelves.

Trying to force the band into one particular category is way too difficult. To me it’s a hybrid of Metal, Rock, Pop Punk, Screamo, Post Hardcore and Emo. Thrown in the mix, however, are melodic guitar and vocal lines which are at times reminiscent of alternative pop. Their forthcoming album contains everything from the pounding, driving first single, “Face Down,” which tackles the hard subject of domestic violence all the way to the beautiful ballads. This is one of my fave’s on the CD for sure.

The over all timing is really good and the voice of Ronnie Winter is so diverse it’s honestly amazing. Singers like this stand out so much I think in the music world because you can tell there not something fake. This guy is the real deal in my eyes! “Atrophy” is another really well done song and I recommend to anyone to check it out because the song is all over the map. It’s heavy and so melodic at the same time that you could listen to it over and over even if you don’t like metal that much.

The band began recording Don’t You Fake It last year under the guidance of David Bendeth, known for his work with Hawthorne Heights and Breaking Benjamin. According to the band, he was a driving force and guiding factor in the final product, pushing them to set their goals higher in the studio. On Monday, June 5, MTV2 was featuring an all day premiere of the video to “Face Down” which will be their first single when this CD hits stores world wide August 1st.

This is probably my fave CD that I’ve herd all year and I’m very glad that I came across these guys. The over all sound is so mind blowing that even if your chillin’ doing nothing, your rockin’ out in your head the whole time. I give this CD a 10 out of 10.  [ END ] 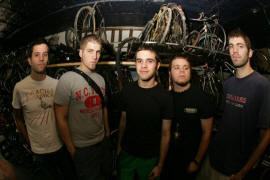 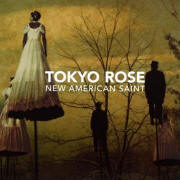