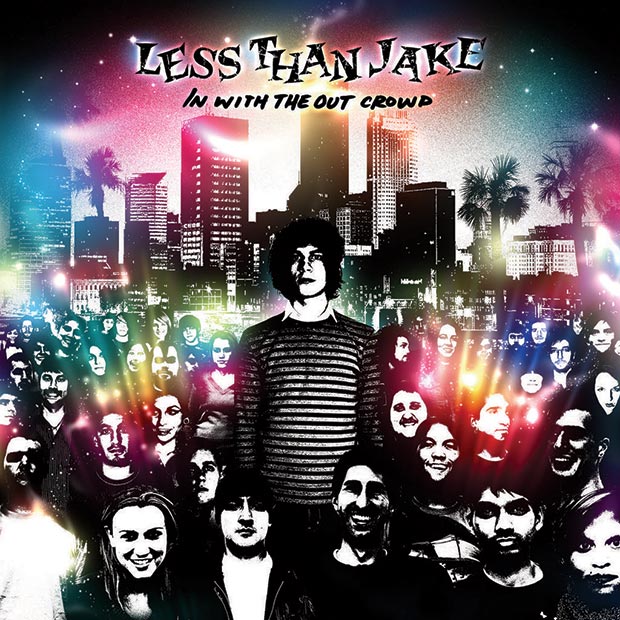 AP slated this album as one of the most anticipated of the year and golly gee wiz they were right. These ska vets are back again with a new release, and I know my friend Matt is drooling all over this album. As a whole the album oozes radio friendly tracks, and an over all ska-punk-pop feel to it.

Having been together for over 15 years, fans have always embraced each album the band has released. Being on the Warped Tour numerous times, fans got a chance to skank it up in the dusty Warped crowds. They also have managed to be the number one band in regards to selling band merch on the tour.

Musically, after hearing the whole album, one track stood out the most, only because it sounds like a Bowling for Soup or a Fountains of Wayne track. But regardless of comparisons, Less Than Jake delivers what their fans are accustomed to.

As each release is released the band gains fans from all directions, and genres. The ska element is still a predominant thing with the band, but contrary to reports it seems to be disappearing.

Lyrically, the band has this ability to appeal to young people, no matter how old they get. The ways in which they convey those lyrics are most credible.

This album is catchy, infectious and a great album; if you’re tired of all the crying wah wah wah screaming about hating people and life, pick this up. It’s refreshing, it’s fun, and it’ll be dirty cheap if you’re a tight ass when it comes to buying music.

A notable mention is Mark Hoppus who co wrote “Rest of My Life.”