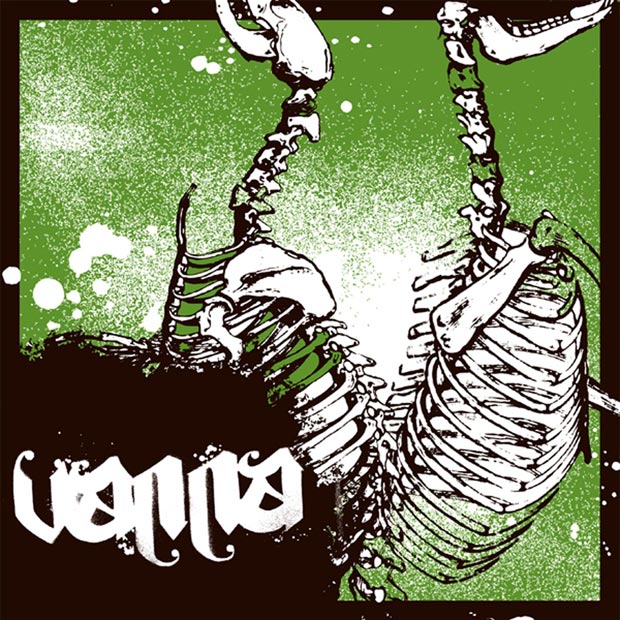 The Search Party Never Came is the new EP from the Boston-based band, Vanna. The EP features an explosive vocal mixture of furious, guttural growls and lofty, lucid melodies set atop an intricate mesh of blaring dual-guitars and brutally dense drum blasts. Perhaps the best kept secret in the flourishing Boston, USA post-hardcore scene, Vanna had hardly been together a year before capturing the attention (and now joining forces with) Epitaph Records. Furthermore, Vanna will now be touring in support of this EP release all over the US. You can check out there myspace page for tour info and band updates.

Armed with razor-edged guitar riffs, pounding bass lines, seismic-level drumming and a dual vocal assault that stretches the barriers of voice, Vanna sets off six consecutive tracks of pure musical energy. Vanna wastes no time in striking hard and striking fast with The Search Party Never Came. This album is a bold display of raw power, vast diversity, and is freshly new to the table in more then one way.

This EP has six songs that will blow you away if you’re into the Screamo/Post Hardcore scene. Some of the bands that Vanna sounds like are As I Lay Dying, He Is Legend, Underoath, Neil Perry, Every Time I Die, and Norma Jean. Vanna draws from a diverse pool of sound to create their unique and exciting brand of music.

Vanna opens up there EP with a kick-in-the-face song called “A Dead Language For A Dying Lady.” This song has so much energy that it makes you want to get all crazy and ask Judge Judy if she is down for an arm-wrestle. This album has such a raw feel to it, that it makes it that much better. Vanna has also recently welcomed a new singer to their roster… now on lead vocals is Chris. Vanna’s new EP is in stores now, so if you’re into the post- hardcore scene or anything with a lot of energy, I do recommend that you check this band out.

Tracks like “A Dead Language For A Dying Lady” and “The Search Party Never Came” are glaring examples of the bands diversity and talent for melding old school hardcore structures with contemporary elements and progressive elements of their own. This debut EP is truly a striking achievement and an incredible start for Vanna. The group’s willingness to exceed the standard barriers of common “hardcore” while not losing site of their roots, makes for a truly solid foundation that is sure to serve the band well for years to come.  [ END ]

01. A Dead Language For A Dying Lady
02. That Champagne Feeling
03. I Am The Wind, You Are The Feather
04. Schadenfreudu
05. The Search Party Never Came
06. She’s A Real Battleaxe