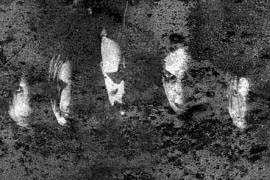 Have any of you actually heard of Switched? Most of you probably haven’t. Well for those of you who don’t know, Switched is a Nu Metal band from Cleveland Ohio. Do any of you know who Mark Hunter is? Probably. He’s the vocalist and screamer in one of metal’s finest bands, Chimaira. Well Mark Hunter used to do the vocal duties for Switched, but he left and then Switched reformed. Now I know this is an interview, and I’m supposed to meet the bands, but I didn’t have the opportunity to meet Switched, so I interviewed them online instead. I got to talk with lead guitarist Bradley Kochmit and here is what he had to say.

How long have you guys been Switched for, with the current members?
Bradley: With this line-up since March of 2006… we originally formed in late 1999.

What genre or style do you aim for, if any at all?
Bradley: Good rock music… nothing more nothing less.

Will you guys be playing Toronto anytime soon? Be great if you did.
Bradley: I hope so. Toronto is a killer city and I have many friends who live there so it’d be fun times.

What bands influence you guys? Also what genres?
Bradley: Any good music is influential. Everything from Van Halen, The Police, & Rush, to Slayer, Meshuggah, and Pantera.

When you do think you guys are gonna put out your next album?
Bradley: After it’s completed preferably. You can’t rush art.

When you guys go on tour next, what bands do you hope to be touring with?
Bradley: Any band that throws the fuck down and makes us have to step it up a notch.

What bands have you toured with?
Bradley: Ozzfest, Warped Tour, Fear Factory, Sevendust, Chimaira, Nonpoint, Tommy Lee, and about 100,000 more!

What gave you guys the idea of putting a second disc with Ghosts in the Machine?
Bradley: Having a bunch of extra stuff lying around. We just thought fuck, may as well stick that on there too! haha.

Do you all listen to the song “She Blinded Me With Science”? Or is it just one of you who does?
Bradley: Who hasn’t heard that song?

In “Spread” there are a couple of um… interesting lines. I was curious as to if “Spread your legs” was meant to sound sexual, or if it has hidden meaning to it.
Bradley: It’s just a song about getting fucked over. Gotta get between the legs to get fucked! 😉  [ END ]