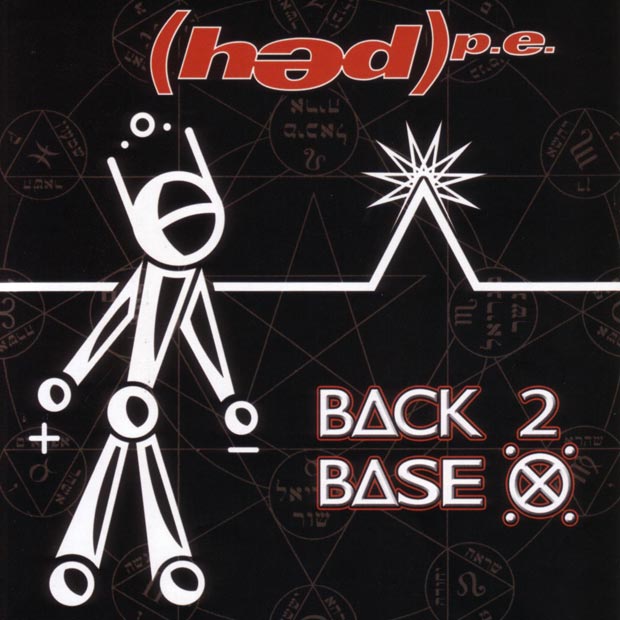 Back 2 Base X, the newest album from rap-metal, reggae, death-pop entrepreneurs (hed) P.E. is… well… Fucking Amazing! Huntington Beach, California’s (hed) P.E. call their unique sound G-Punk… in case you were wondering. The album opens with a late ’70s-flavored “Listen.” It is a nice welcoming groove that eases you into an album that reflects on mortality and the hidden forces of the world, including freemasonry and the New World Order. That smooth flow gives way to the punk metal of “Novus Ordos Clitorus,” which brings the energy level up and demonstrates the variety of sounds the band can produce.

The album was recorded live in the studio – something that you do not see all that often. This approach gives the music an organic, un-produced feel. Many albums sound way too overproduced; too many studio touch-ups disguising the ability (or lack thereof) that a band has. A good example of an overproduced sound is Linkin Park. They have a few decent cuts, but overall, the album feels like a studio… it doesn’t breathe! (hed) P.E. has taken the live atmosphere in the studio and let the music breathe, exposing their ability (which may not be the best in the world), but comes together on this collection of songs.

They play that blended style, switching up from song to song, yet never losing the big picture of the album. It flows from start to finish, making it something more than just a collection. This album is so “very unique” in the fact that it was recorded live off the floor and not Multi-Tracked. Even if you’re not a fan of this kind of music, you pretty much have to give the band props either way. The album is so tight and this CD sounds so good.

I have been listening to this band since 2002. They are not one of my fave’s by any means, but I would rather this then any Limp Bizkit CD. If it wasn’t for (hed) P.E., rap metal wouldn’t be the same as it is today. (hed) in my eyes are the inventors of this kinda music because it was around way before Limp Bizkit took off.

Back 2 Base X offers thirteen tracks of pure adrenalin pumping rap metal that gets you bouncing and thrashing along. Every track bleeds energy and controversial lyrics which are delivered with power. If you’re like me and like a bit of all genres including, hip-hop, punk, metal, rock and even a bit of reggae, then this is an album definitely for you! But if you only like, say one genre of the abovementioned, give this album a chance as it is a guaranteed hit the moment you start listening to it.  [ END ]