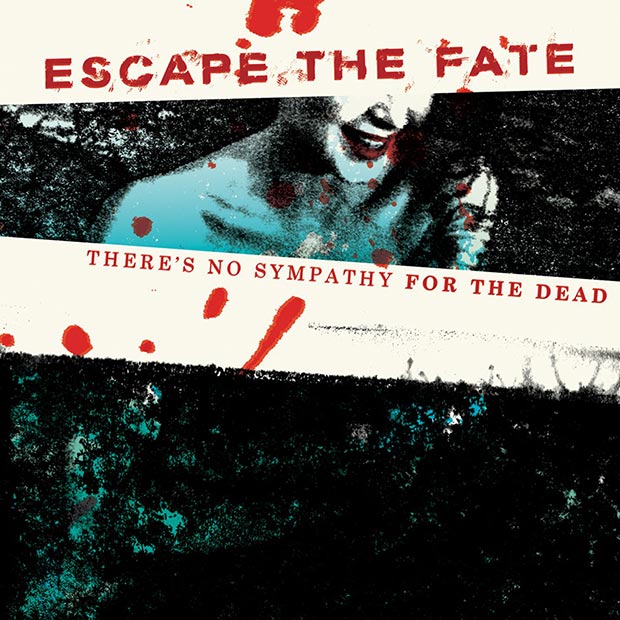 June 1st, 2006; I walk to the corner to do my almost daily mail check and there it is, a brown envelope with my full name and address on it. I literally ran my ass off home and ripped open the envelope to find one of the best EPs I will have heard in a while. Almost instantaneously, I throw it on and fall in love with the beautiful sounds! The group, Escape the Fate. The album, There’s No Sympathy For The Dead.

The intro in the first song, “Dragging Dead Bodies in Blue Bags Up Really Long Hills”, is a great build up with a fitting roll on the snare drum. At about 22 seconds into the first track one of the guitarists shreds an amazing riff that I’m sure anyone would love and thankfully, is repeated at a few points throughout the song. A few more seconds go by and the amazingly talented vocalist Ronnie Radke commences his recitation of his wicked lyrics. And then, the almost expected stereotypical hardcore-style screaming was belched out. Not that I’m complaining mind you, it adds to the song for sure. And when the vocals overlap from one singer to another and then some out of sync duet singing starts it makes an even bigger impact. And somehow the outro, in which the lyrics are nearly the same as the title of the song, brings me back to my collection of Death Metal.

Though you’re still in awe from the first track and the excessive talent this band has, keep listening. “There is No Sympathy For The Dead” is the song that instantly turned me on to this band! Why? Well you’ll see why. With a mix of lighter melodies and some heavier hardcore riffs the one thing making this track even better is the wickedly excellent guitar solo a little over midway through the song. These guys have some mad talent and this song shows it. Near the end the song slows, giving you sometime too cool off from the wicked music until the tracks change.

“The Ransom” is a slower, lighter song. It still rocks though; it gives off an emo feel because it’s the kind of song you would listen to when you’re feeling a bit down. But then again, I’m not sad and I find this song quite enjoyable. The switches from a clean to distorted electric guitars are good in any song and these guys certainly know how to use it.

As soon as the song changed to “As You’re Falling Down,” I felt like I was listening to a lighter version of Godsmack. Then you’re brought back to some well placed stops and starts on the guitars and bass while the drums keep the rhythm. Then we hear some lighter sounds. All this is repeated to an eventual hardcore breakdown which is perfect for some slow headbanging. The song finishes with some riffs from the middle of the track.

The only way this band could finish off this amazing album is with “The Guillotine.” This song combines, Hardcore, Post Hardcore and Melodic Punk with an ’80s Metal inspired solo. The ending fades after what I call a “Death Metal March.”

I wish I could give this album a higher rating but unfortunately there are still improvements which should be looked over. First off, the screaming… they need a bit more practice is all. At least for one of the screamers, one has an actual scream whereas the other is more of an extended belch of words. Another problem I found was in the initial recording stages. I’m not sure if it was just my copy of the album, but in the first few seconds of Track 1 the drums distort. Now you may be thinking that I just have the album playing too loud because I think it’s so good. But I tried turning down the volume knob and it still distorted and then went clean. So, that will knock off some points.

Now, usually I would take off some points due to the fact that I can’t play this song in the background while I’m working. But this is a special case. Let’s put it this way, if there was some gigantic ass in the middle of Las Vegas (and I’m sure there is, but this is a metaphor) these guys strapped on some steel toe boots and booted it as hard as they could and BAM! they were on a magic carpet ride to the mainstream, the carpet being Epitaph. Therefore, I have to crank the volume on my stereo because of this album’s most bodacious tracks.  [ END ]